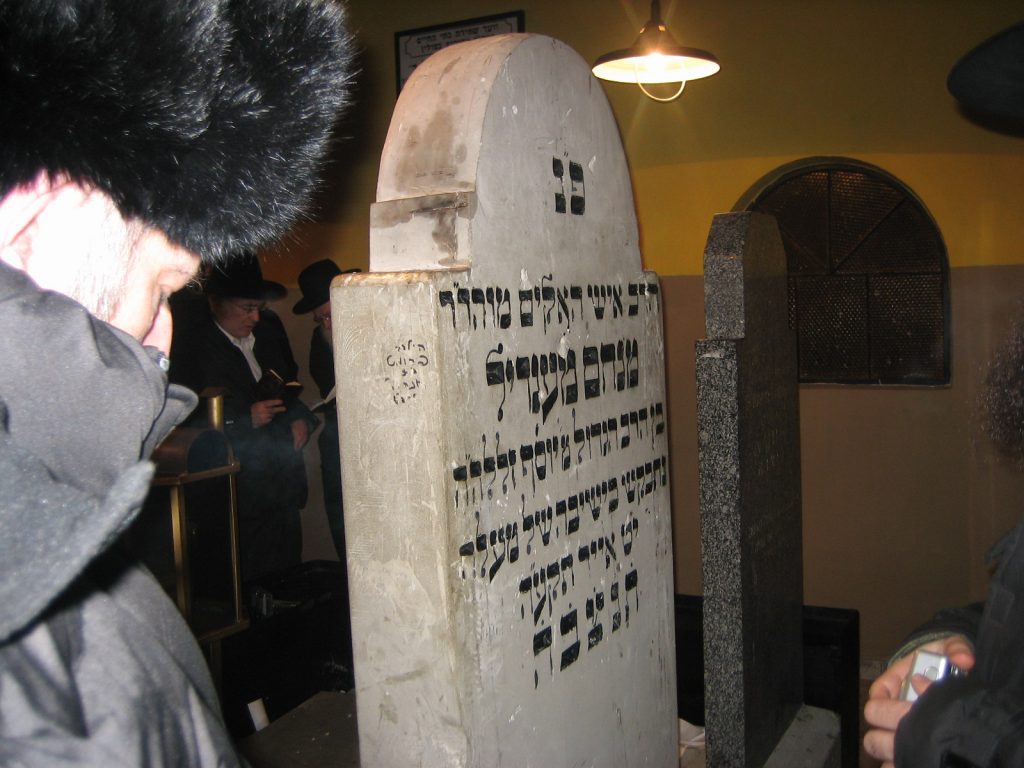 In 5705/1945, Joseph Goebbels, the Nazi minister of propaganda, committed suicide. Goebbels was known for his zealous and energetic oratory, virulent anti-Semitism, and perfection of the so-called Big Lie technique of mass propaganda. Following Hitler’s death he served as chancellor for one day, approved the murder of his own six children, and then committed suicide.

Harav Menachem Mendel was born in 5505/1745 in Neustadt. His father was Reb Yosef Charif. It is said that he learned under Harav Daniel Yaffe, zt”l, in Berlin, together with the Pri Megadim, zt”l. He focused on the study of Halachah his entire life, particularly on the Rif.

When Rav Menachem Mendel drew close to Chassidus, he became a follower of Harav Shmelke of Nikolsburg, zy”a, and also became close to the Chozeh of Lublin, zy”a, and the Maggid of Kozhnitz, zy”a. Eventually, he became a Chassid of Harav Elimelech of Lizhensk, zy”a.

Before his passing, Rav Elimelech bequeathed his various qualities to his disciples. He placed his hands on their heads and gave to the Chozeh of Lublin his vision, the Kozhnitzer Maggid his heart, Rav Menachem Mendel of Rimanov his neshamah, and the Apta Rav, zy”a, his speech. These four then went out and lit up the world.

Rav Menachem Mendel slept only during the early part of the night. He would lie down with his sefarim beside his bed, sleep for several minutes, wake up, learn for five minutes and then go back to sleep. This process would go on repeatedly until midnight, when the Rebbe would rise for Tikkun Chatzos and remain awake until the morning.

Rav Menachem Mendel learned 18 blatt Gemara with Rashi and Tosafos daily. If he was unable to learn them, he made up the lost blatt the following day.

His first position as Rav was in Fristock. There he became known as a tzaddik and acquired a large following, which included other Rebbes and Rabbanim. Later he moved to Rimanov, from where his fame as a poel yeshuos spread.

In Rimanov, the Rebbe was active in communal affairs and supervised everything from the mikvaos to weights and measures. His tzedakah was legendary, hosting hundreds at his table. He also headed the fund for the poor of Eretz Yisrael.

In 5575/1814, Rav Menachem Mendel made a massive effort, together with the Chozeh of Lublin and the Kozhnitzer Maggid, to bring Moshiach, but they were not successful. That Iyar he became weak, and on Lag BaOmer he prepared himself to leave this world. The following day he passed away.

His chiddushei Torah are published in Menachem Tziyon and Be’eros Hamayim.

In 1886, at Haymarket Square in Chicago, a labor demonstration for an 8-hour work day turned into a deadly riot when a bomb exploded.

In 1968, the Oroville Dam in Northern California was dedicated by Gov. Ronald Reagan; the 770-foot-tall earth-filled structure, a pet project of Reagan’s predecessor, Pat Brown, remains the tallest dam in the United States, but was also the scene of a near disaster in February 2017 when two spillways collapsed, threatening for a time to flood parts of three counties in the Sierra Nevada foothills.