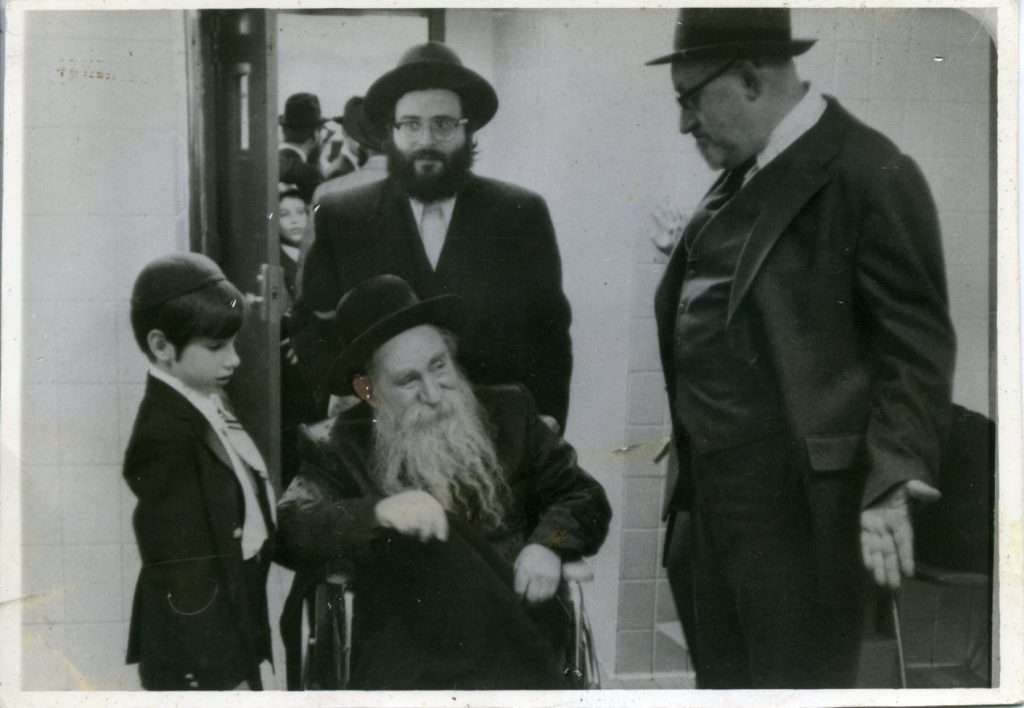 In 5399/1638, with the help of the Jews, Turkish Sultan Morad IV conquered the city of Baghdad for the second time from the Persians. Because of that event, this day was celebrated as “Purim Baghdad” by the Baghdad kehillah. Tachanun was not recited.

In 5542/1782, Emperor Joseph II of Austria issued an Edict of Toleration which repealed most Church-imposed restrictions on Jews.

Harav Yonah Halevi Furst, the son of Rav Yisrael, was born in Vienna, Austria in 5676/1916. The family had fled Galicia and settled in Vienna during World War I.

From his youth, it was already apparent that Rav Yonah was destined for greatness. He learned in the local Talmud Torah Yesodei HaTorah, and the melamdim were truly impressed with his capabilities and middos.

Rav Yonah progressed in his learning and yiras Shamayim. He continued on to the prestigious yeshivah of Harav Meir Shapiro, Yeshivas Chachmei Lublin, where he was among the choice bachurim.

After the petirah of Harav Meir Shapiro, zt”l, on 7 Cheshvan 5694/1933, Rav Yonah became deathly ill for many months. His close companion and fellow talmid, Harav Shmuel Wosner, zt”l, tended to him. Although he recovered, and returned to the yeshivah in Nitra, Rav Yonah remained lame and wheelchair-dependent.

It is astounding to think that a disabled person was able to survive World War II. Whenever the Nazis reached the yeshivah in Nitra, all the bachurim fled, except Rav Yonah who, miraculously, was never sighted by the Nazis.

After returning to Pressburg, Rav Yonah moved to America, together with the other staff members of the Nitra Yeshivah.

In Mount Kisco, New York, together with Harav Shalom Moshe Unger, zt”l, the son of Rav Shmuel David (who was niftar during the war) and Harav Chaim Michoel Ber Weissmandl, zt”l, Rav Shmuel David’s son-in-law, Rav Yonah helped reestablish the prestigious European yeshivah. He served as Mashgiach in the yeshivah.

Rav Yonah was active in chinuch and attended many meetings on how to address issues of the times.

For many, Rav Yonah was the address for a warm word of advice. He gave chizuk to numerous downtrodden widows and orphans, and helped marry off youngsters from problematic homes.

Unfortunately, Rav Yonah was not zocheh to biological children, but his many talmidim were all “only children” to him.

In 1814, the United States and Britain signed the Treaty of Ghent, which ended the War of 1812 following ratification by both the British Parliament and the U.S. Senate.

In 1906, Canadian physicist Reginald A. Fessenden became the first person to transmit the human voice (his own) as well as music over radio, from Brant Rock, Massachusetts.

In 1948, the first completely solar-heated house was occupied in Dover, MA.

In 1965, a meteorite landed on Leicestershire. It weighed about 100 lbs.