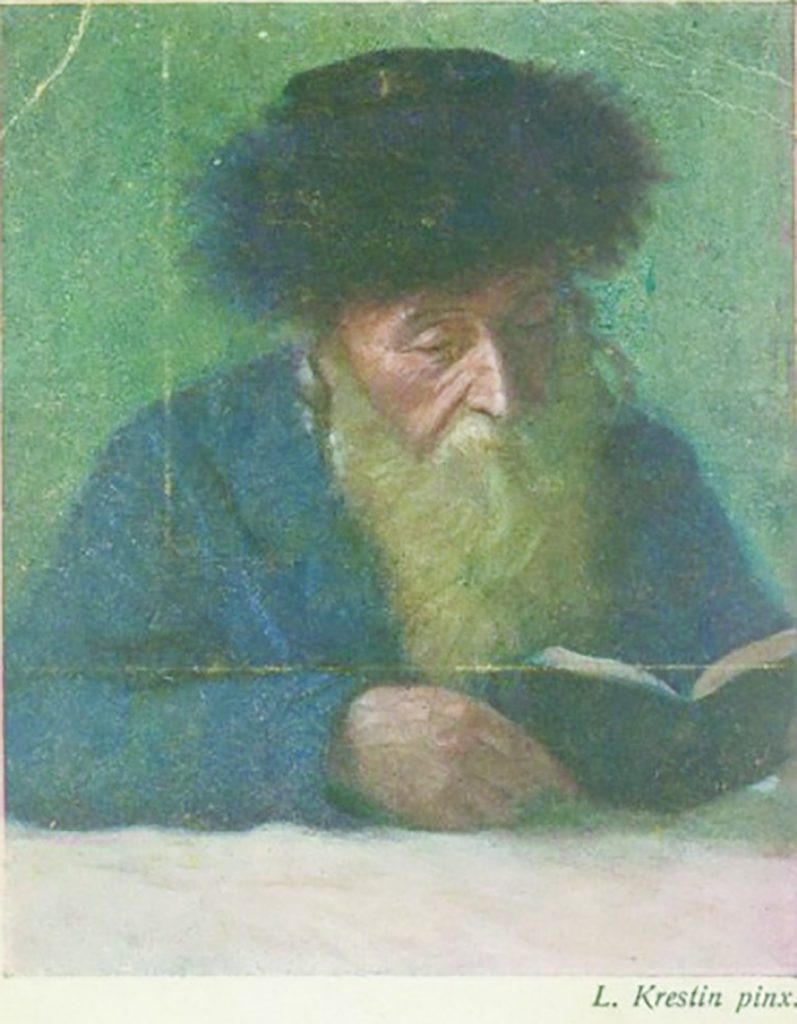 In 3414/347 B.C.E., Ezra Hasofer left Bavel to go up to Yerushalayim. He left from the Euphrates River (Nehar Peras) and arrived in Yerushalayim 15 days later.

Harav Aryeh Leibish Halberstadt was born about 5530/1770. His father was Harav Simchah, who was the son of Harav Moshe, Rav in Stanov, son of the famed Harav Tzvi Hirsh Charif, zt”l. Their family name was Halberstadt, after the city where Rav Tzvi Hirsh served as Rav.

Reb Aryeh Leibish married the daughter of Harav Dovid of Tarnograd, who was a grandson of Harav Dovid, the youngest son of the Chacham Tzvi.

After his wedding, Reb Aryeh Leibish lived near his father-in-law in Tarnograd, traveling from time to time to Brody. Rebbetzin Miriam was an only daughter; her well-to-do parents bequeathed their properties to their daughter and son-in-law.

During the years he was in Tarnograd, Reb Aryeh Leibush had two sons: Harav Moshe Yosef of Zbarov and Harav Chaim of Sanz.

Although Reb Aryeh Leibish was involved in business, he devoted much of his time to learning. He distributed large amounts of tzedakah to the needy, especially for hachnasas kallah and to orphaned families.

Once, a huge fire broke out and devastated most of the city, including his house, which totally burned down.

After the loss of his house in the fire, Reb Aryeh Leibish moved to Sassov.

In Sassov, Reb Aryeh Leibish became close to Harav Moshe Leib of Sassov, with whom he would discuss many lofty Torah topics.

Reb Aryeh Leibish did not remain in Sassov for a long period, and after a while, he returned to Tarnograd, near his father-in-law.

His wife was niftar shortly thereafter and was buried in Tarnograd.

In 1861, during the Civil War, the first Battle of Bull Run was fought at Manassas, Virginia, resulting in a Confederate victory.

In 1949, the U.S. Senate ratified the North Atlantic Treaty.

In 1961, Capt. Virgil “Gus” Grissom became the second American to rocket into a sub-orbital pattern around the Earth, flying aboard the Liberty Bell 7.