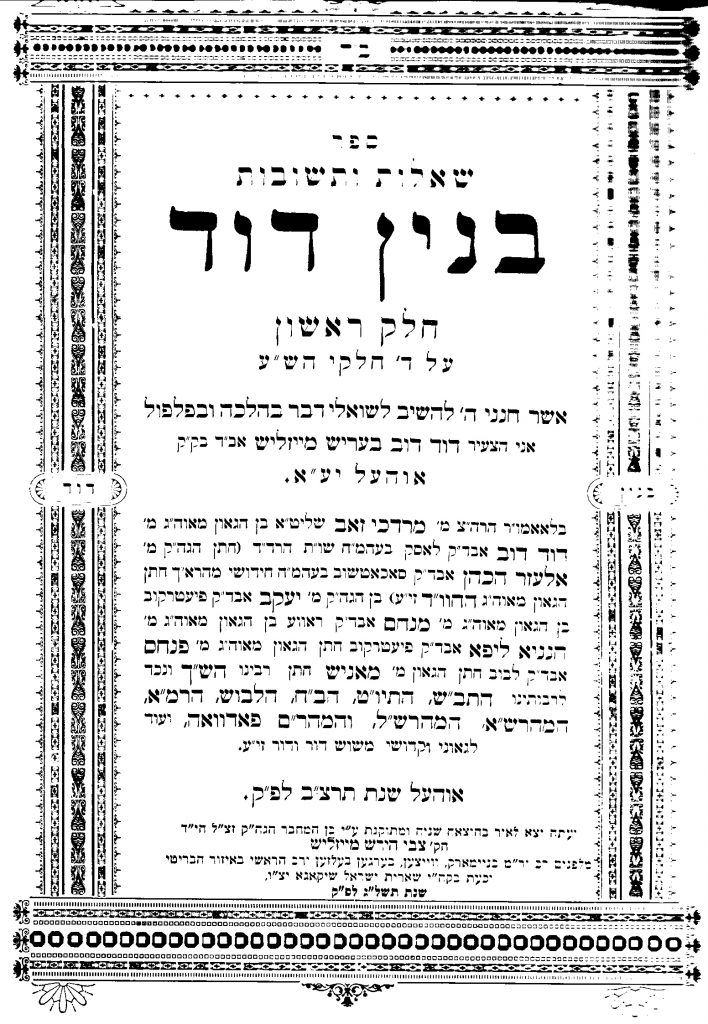 In 4859/1099, the accursed Crusaders laid siege to Yerushalayim. As they conquered the city, the Crusaders massacred almost the entire population of the city, including its Jews. The reign of the Christians lasted until 4947/1187. When it ended, it prompted additional Crusades.

In 5687/1927, the sixth Lubavitcher Rebbe, Harav Yosef Yitzchak Schneersohn, zt”l, was arrested by the Soviet secret police for disseminating Yiddishkeit throughout the Soviet empire. The Rebbe was tortured in prison and sentenced to death. Following intense hishtadlus by Chassidim and international pressure, he was then sent to exile in Kostroma until his ultimate release on 12 Tammuz, was achieved. He was allowed to leave Russia for Riga, Latvia.

Two years later, he visited America for 10 months. When World War II broke out, he was in Warsaw. He ultimately left for America in 1940, where he rebuilt the Lubavitcher Chassidus.

5445/1685, Harav Yitzchak of Posen, zt”l, the Rebbi of the Magen Avraham and mechaber of She’eilos U’teshuvos Be’er Yitzchak.

Harav Dovid Dov Meisels was born in 5635/1875 in the town of Lask, near Lodz, Poland, to Harav Mordechai Zev, the son of Harav Dovid Dov, zt”l, Rav of Lask.

The young Dovid Dov, named after his illustrious grandfather, at the relatively young age of seventeen was already engaging seasoned talmidei chachamim in intricate Torah discussions.

He received semichah from Harav Chananya Yom Tov Lipa Teitelbaum, the Kedushas Yom Tov of Sighet, and from the Darchei Teshuvah of Munkatch, zechusam yagein aleinu, who praised this young Gaon profusely.

He married the daughter of Harav Moshe Yosef Teitelbaum, zy”a, the son of Harav Yekusiel Yehudah, zy”a, the Yetev Lev of Satmar.

In 5658/1898 he was appointed a Dayan in Uhel, (on the northern Hungarian-southern-Slovakian border), where his father-in-law served as Rav. There he founded a yeshivah and stood at its helm for many years. Mostly Hungarian talmidim flocked to his yeshivah, but Polish and Galician bachurim came as well.

After his father-in-law’s petirah, he became Rav of the city. A captivating speaker, his drashos greatly inspired his fellow Yidden.

The first Bobover Rebbe, Harav Shlomo, zy”a, held him in high esteem; he once sent a letter to Rav Dovid Dov asking him to daven for him.

In the spring of 5704/1944 the entire kehillah was forced into a ghetto. The esteemed Rav, Harav Dovid Dov, did not cease learning even during these trying times.

Subsequently, the ghetto was evacuated, and the entire kehillah was sent to Auschwitz. The Rav, his Rebbetzin, and many of his offspring were killed al kiddush Hashem on 15 Sivan 5704/1944, Hashem yinkom damam.

He was survived by four sons — the Ujvarer Rav, the Sorvusher Rav, the Vietzener Rav and the Uheler Rav, zechusam yagein aleinu. They all emigrated to America after the war, where they served as Rabbanim and had children, grandchildren and great-grandchildren who follow in their ways.

His chiddushim were published in Binyan Dovid on Sefer Bereishis and She’eilos U’teshuvos Binyan Dovid.

In 1453, Constantinople fell to the Ottoman Turks, marking the end of the Byzantine Empire.