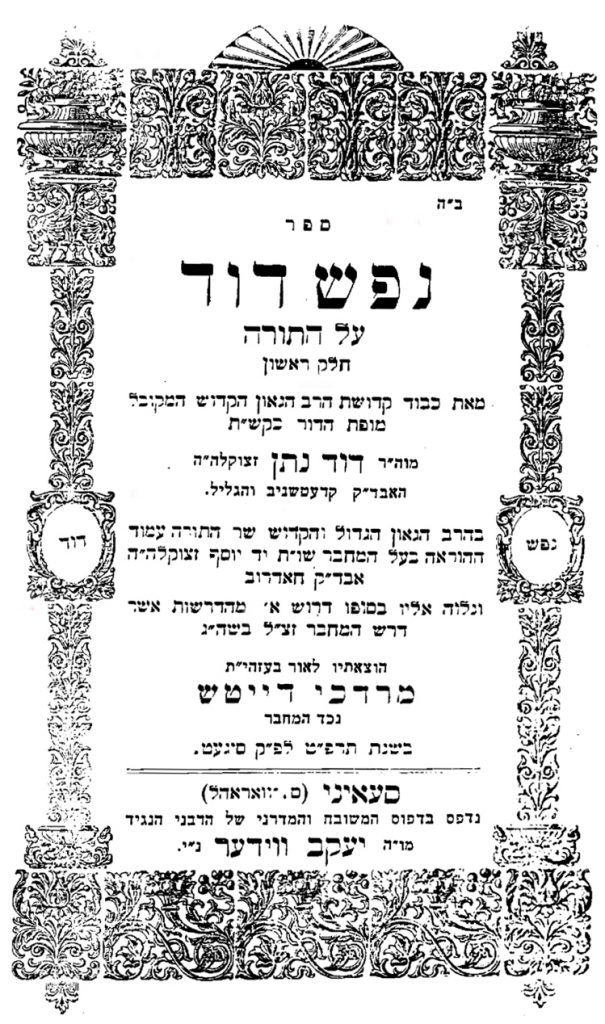 Harav Nosson Dovid Deitsch was the son of Harav Yosef Yoel, zt”l, who served as Rav in Chodorov and was the author of She’eilos U’Teshuvos Yad Yosef.

Rav Nosson Dovid married the daughter of Harav Yitzchak Eizik, a descendant of the Rebbe, Harav Heshel of Cracow, the Taz and the Shach, zecher tzaddikim livrachah.

Rav Nosson Dovid, a gaon in Torah, was also renowned for his exceptional middos. He served as Rav of Kretchinef, where he was actively involved in the growth of Torah life.

Despite being frail all his life, Rav Nosson Dovid dedicated his time to learning, day and night. The davening of Rav Nosson Dovid was full of fervor and inspiration, motivating all near him to daven with deeper kavanah.

Nearly 50 years after the petirah of Rav Nosson Dovid, his grandson Rav Mordechai, son of his son Rav Moshe, published his divrei Torah under the name Nefesh Dovid.

In 1917, Denmark ceded the Virgin Islands to the United States for $25 million.

In 1945, Soviet and Polish forces liberated Warsaw during World War II; Swedish diplomat Raoul Wallenberg, credited with saving tens of thousands of Jews, disappeared in Hungary while in Soviet custody.

In 1961, President Dwight D. Eisenhower delivered his farewell address in which he warned against “the acquisition of unwarranted influence, whether sought or unsought, by the military-industrial complex.”

In 2001, faced with an electricity crisis, California used rolling blackouts to cut off power to hundreds of thousands of people; Gov. Gray Davis signed an emergency order authorizing the state to buy power.