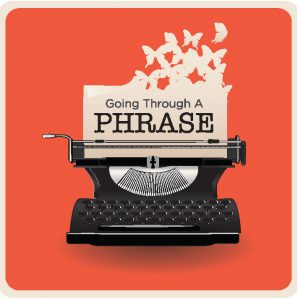 In simmering irony that barely keeps from boiling over, Mark Twain told how Huckleberry Finn battled his conscience over helping a slave escape. Huck had always been taught that slavery was right. And he knew that helping the runaway slave Jim was a sin. But when he had to make the choice, he couldn’t do “right” and turn Jim in. So he tried praying.

“I was trying to make my mouth say I would do the right thing and the clean thing, and go and … tell where he was; but deep down in me I knowed it was a lie — and He knowed it. You can’t pray a lie — I found that out.”

The same thing goes for helping someone who’s suffering. You can’t care a lie. The other person knows if it’s real caring. It’s the difference between sympathy and empathy.

Sympathy is defined as “The quality or state of being thus affected by the suffering or sorrow of another; a feeling of compassion or commiseration.”

Yes, on a scale, sympathy is closer to empathy than apathy. But the caring just isn’t there.

“Our brains are wired to run from pain — including emotional pain — whether it is ours or someone else’s.”

“Fixing your loved one’s problem is not often what is needed, nor is it necessarily your job or even within your ability to do so. Sharing a listening, caring ear is something most people can do. When we feel heard, cared about, and understood, we also feel loved, accepted, and as if we belong.”

Better than telling someone in pain, “Every cloud has a silver lining,” say “I don’t know what to say, but I am really glad you told me.”

(A fellow I know worked for 47th Street Photo when the store opened a branch in Long Island. Many of the mostly chassidic staff felt uncomfortable in the new environs. The owner gave them a pep talk: “Dun you vurry. This is a silver cloud.”)

A sympathy card expresses condolences. A series of edgy empathy greeting cards includes one that says, “I wish I could take away your pain. Or at least take away the people who compare it to the time their hamster died.”

Yeah, yeah, I know. But if PETA doesn’t like it, it’s their problem. I feel sorry for them.

Empathy means taking risks, being ready to be hurt to help someone else.

But there is a level even beyond empathy. When “there was thick darkness over the entire land of Egypt … no person could see his brother (Shemos 10:22-23).” The Alter Vorker Rebbe commented, “There is no darkness as deep as not seeing — and not wanting to see — your brother; caring only about yourself.”

A man once came to ask for help from the Alter Vorker’s son and successor, Reb Menachem Mendel of Vorka. The man begged Reb Mendel to pray for his son. The boy was so sick that the doctors had given up on him.

Reb Mendel grimly shook his head. “I wish there was something I could do. But the Gates of Heaven are closed. I cannot pray for him.”

The broken man could barely ride his rickety wagon back to his village. Suddenly, along the way, he heard horses galloping behind him.

A wagon pulled up and out came the Rebbe. Reb Mendel told the startled father to come down and said, “I told you I couldn’t pray for your son. That is true. Heaven has blocked my prayers. But there is one thing I forgot … I can cry with you.”

Reb Mendel fell on the ground and began to cry. He cried and cried in great heaving sobs. Finally, he stopped and told his assistant, “Bring a l’chaim. We broke through!”

Can such depth of caring be learned? I don’t know. Perhaps that is the litmus test for a Rebbe. Even more than wisdom, the job description calls for absolute devotion to others.

What about us ordinary mortals?

As the Kotzker Rebbe said, “There is nothing so whole as a broken heart.”