The Case of the Clueless Kibosh 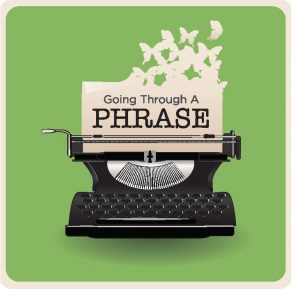 A little bird told me to write this.

Someone should start a mystery with a tweet. It’s the new knock at the door. In a way, someone did. In 1953, Walt Kelly wrote a parody of detective novels. It opened with wild music playing — and a stabbing pain — in the detective’s head. “It sounded like either a million violins or like a woodpecker was in my hat.”

The detective reasoned that his hat could hold at most three violins, not a million. As he correctly deduced, it was a woodpecker.

It was a tweet that brought me in on the case of a lexical mystery. Lisa Richmond, dean of library and archives at Wheaton College, tweeted me, asking if I knew anything about the origin of the word kibosh, and whether it might be from Yiddish.

I didn’t know. But I always follow the rule, “You could look it up.”

Oxford English Dictionary straddled the fence. It defined the slang phrase “to put the kibosh on: to dispose of finally, finish off, do for.” But it gave the etymology as “Origin obscure. It has been stated to be Yiddish or Anglo-Hebraic.”

Their dodge “It has been stated” is about as noncommittal as you can get. Eric Partridge served in the Australian infantry in WWI and the Royal Airforce in WWII. But his most fearless work was as a lexicographer. In Origins: A Short Etymological Dictionary of Modern English (“short” for Partridge was 972 pages), he wrote that kibosh “occurs first in ‘put the kibosh on’, to dispose of, to settle, hence, influenced by bosh, nonsense, it becomes ‘nonsense.’” But even he added “of obscure origin,” then labeled it as Yiddish.

OED’s earliest citation is from Dickens, as “kye-bosh” or “kye-bosk.” But the linguist and etymologist Anatoly Liberman found earlier references. He also tried to find a clue in an odd definition of kibosh from Webster’s 1913 dictionary: “Portland cement when thrown or blown into the recesses of carved stonework to intensify the shadows.”

Liberman “suggested that perhaps kibosh had arisen as a foreign architectural term (to put the kibosh on ‘to give polish, finish off’).”

Finally, I discovered that the mystery had already been solved. Ben Zimmer put the kibosh on the Yiddish theory in his Wall St. Journal “Word on the Street” column.

Zimmer mused about the popularity and longevity of the slang word kibosh. Most slang is flavor-of-the-month stuff. It comes in and goes out of style. But kibosh is different. He gave several examples of how “journalists still love the sound of kibosh.”

(I have my own theory why they love it. I think that it has to do with an old comedy-writing trade secret. There’s something inherently funny about the sound of the letter K or hard C.)

Zimmer revealed that Gerald Cohen, a professor at Missouri University of Science and Technology and publisher of the newsletter “Comments on Etymology,” wrote a book with Stephen Goranson and Matthew Little that solves the puzzle.

In Origins of Kibosh, Professor Little suggested that “kibosh may derive from the word kurbash, a long whip used for punishment in parts of the Muslim world. It originally appeared in Arabic and Turkish, borrowed into French as ‘courbache’ and into English as ‘kurbash’ and other variant spellings.”

Coauthor Goranson found a poem, “Penal Servitude!” from around 1830 using the phrase. “The key verse in the poem (supposedly written by a convict who has returned from imprisonment in Australia) [includes] the following clarification about ‘put on the kibosh’: ‘That is if they was to introduce the lash.’”

But how did an obscure poem bring a new term into the language — one that would last for centuries?

Enter “an unlikely, unheralded, and unwitting lexical hero. … A Cockney chimney sweep, hauled into court in 1834 with his companion for violating the 1834 Chimney Sweepers Act, had an outburst of frustration and anger after the trial. That outburst — delivered in an unmistakable Cockney dialect — contained a blast against ‘the Vigs’ (Whigs) and the sweep used the new expression put the kibosh on. The London Standard article reporting on the trial was widely reprinted in England, and now people all over the country were reading about putting the kibosh on the ‘Vigs.’”

Much like today, political discourse led the way for the entry of new words.

Could it be that the Cockney pronunciation of Whigs — “Vigs” — led some people to think it was Yiddish? Go know.

One thing is sure: Professor Cohen canned the kibosh kibbitz.