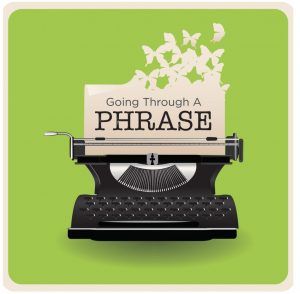 After I wrote a missive about gun control (“Leave Your Guns at the Door,” November 15), I find myself facing a firing squad.

A straight-shooting colleague was quick to point out the irony of my letter appearing the day after a gun-toting loony went on a rampage. Well, I don’t pack iron, but I have been known to pack irony.

In a letter to the editor about gun control, Yossi Wetstein took a parting shot at me: “P.S. To Mr. Schiller: Legislatures and courts all around the country anxiously await your technical definition of ‘assault weapon.’”

Sorry to pull a Sherman, but, if nominated, I will not run for Secretary of Language. However, in my capacity as lexikibitzer, let me offer some thoughts.

Guns&Ammo asserted, “A true assault rifle is a select-fire weapon capable of continuously firing rounds as long as the trigger is depressed, or until it runs out of ammo. …” By this definition, the AR-15 isn’t an assault weapon. “Semi-automatic rifles such as the AR-15 shoot only one shot per trigger pull.”

I didn’t find any reference to bump stocks in Guns&Ammo. But I’m not going to jump in where the late Supreme Court Justice Antonin Scalia feared to tread. When Fox News’ Chris Wallace, asked Mr. Scalia, “Can a legislature ban semiautomatic weapons … without violating an individual’s constitutional right to bear arms?” Scalia wouldn’t specify: “What the opinion in Heller said is it will have to be decided in future cases what limitations upon the right to keep and bear arms are permissible; some undoubtedly are. …”

However, from a lexicographic (and non-political) point of view, what does “assault” mean?

The Oxford English Dictionary defined assault: “An onset or rush upon any one with hostile intent; an attack with blows or weapons.”

OK, you say, that could include a slingshot (David 1; Goliath 0).

There is a clear indication of assault having to do with attack. And, yes, I know the best defense is a good offense. But even Thomas Paine wouldn’t call carrying an AR-15 in Brooklyn common sense.

Then someone in shul asked me, “So, are you for gun control or against it?”

That reminds me of the story Barry Popik quoted (on The American Dialect Society Mailing List) from the Gastonia Daily Gazette of January 16, 1926:

“President Coolidge attended church … unaccompanied by Mrs.Coolidge. Upon his return” … Mrs. Coolidge asked [what the sermon was about.]

“What did the preacher say about it?”

“He was against it.”

I can’t give such a simple answer. On many issues, I am blessed (some might say cursed) with binocular vision. I often see both sides of the issue. On one hand, stricter gun control with background checks should be a no-brainer. But it shows a severe lack of brains to go after the guns and ignore the gunners. Terrorism is public enemy number one; not the terrorists’ choice of weapons.

I was forever cured of wanting to own a gun after serving Mishmar Ezrachi (citizen’s patrol) in Israel. They took me to a rifle range, handed me an M1 and pointed to a target. I think one of my bullets actually hit the target. But remembering the acrid smell, the oil spraying onto my glasses, and the butt slamming into my shoulder still makes me recoil. I carried an M1 on guard duty, but thank G-d, never had to use it.

On the other hand, a fellow I know went to visit his aging mother in California. She was afraid, living alone, and asked him to take her to a gun shop. The owner, who looked like a large pincushion draped in chains, spoke to Mom in Yiddish. He was a Holocaust survivor who opened a gun shop because he remembered that the first thing Hitler’s Reich did after taking power was confiscate all the guns from Jewish veterans and hunting club members.

That is what the Second Amendment is all about. The Founding Fathers knew you couldn’t always rely on government to protect you.

So here’s my big bang theory:

On a bulleted list, the AR-15 comes somewhere between the slingshot and an atom bomb.

Which reminds me of a 1950 Pogo cartoon: Howland Owl was building an atom bomb. Porky Pine told him, “Bombs is a problem, Owl; they is no good. No … they puts everything too everywhere an’ in li’l bits, too.”

Owl replied, “That’s the advantage of this type bomb. A atom bomb can put everything all over nowhere … nothin’ to sweep up.”