A Waste of Time 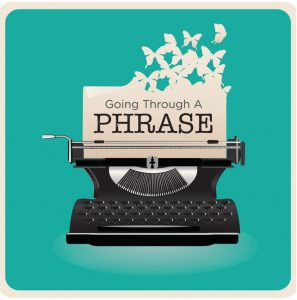 As a psychologist, Dr. Benzion Twerski is no stranger to illogic.

One of the foundations of classical logic is the syllogism, most closely associated with Aristotle. It is a deduction derived from an accepted premise. I’ll spare you (and me) the formula. (It triggers my math phobia.) The model I remember from high school is:

Dr. Twerski told me the psychotic’s and alcoholic’s versions of the classical syllogism:

Therefore, I am Socrates.

Therefore, I need a drink.

As savvy as he is, the good doctor has a hard time shrinking Hebrew slang. The Middle East does have a way of defying all logic.

After I wrote about the positive slang twist on the words sick and bad, Dr. Twerski wrote me that he remembered when the expression “chaval al hazman [a pity on the time]” meant something clearly negative — a waste of time. “Today,” he said, “it has assumed a rather respectable meaning, where it suggests maximum greatness.”

He was particularly puzzled by a small restaurant in Boro Park named “Chaval Al Hazman.”

“I wondered why someone would call their establishment by a negative message, probably driving away potential customers. That’s when I discovered it had reversed to a completely different connotation. I still wonder how that happened.”

Maybe it was something he ate.

Well, I don’t know if it will make the doctor feel better or worse, but the definition is now official. In Milon HaSlang Hamakif (Comprehensive Slang Dictionary), Ruvik Rosenthal offered two definitions of chaval al hazman. The first is the logical one of “nothing to look forward to,” so don’t waste your time.

There’s an Arabic expression that made its way into Hebrew slang. “Bokra fil mishmish” — literally, tomorrow, when there will be apricots. It sounds like something a waiter at Chaval Al Hazman restaurant might tell you. But, unlike much of Levantine logic, it does have a logical origin. It refers to the short shelf life of apricots. Now you see it; now you don’t. Basically, the expression is similar to the original meaning of chaval al hazman — forget it. Or, as they say in New York, “Which part of ‘no’ didn’t you understand?”

The second meaning of chaval al hazman flips the meaning on its head, to mean “excellent, great, whopping; extremely, surpassingly.”

How can a phrase do that? Kachah zeh baAretz — that’s how it is in Israel. Things change.

My daughter Malkie once asked me about a certain politician who, like a sherut driver, executed a precarious sharp turn to the left.

“I don’t understand it; he used to be right-wing.”

I told her, “You takeh don’t understand. He doesn’t have any wings. You can’t stuff your pockets with wings. You need at least two good hands.”

In a blog post Rosenthal attempted to unscrew the inscrutable. He asked why, for 20 years, we’ve been wasting time talking about wasting time when we mean to praise something. He answered that it as a common trend in many languages he called “the paradox of praise.” We refer to a powerful speech as “crushing.” I have to confess I’m guilty as charged here. When I was promoting my advertising copywriting services, I referred to myself as a “Killer Copywriter.” That confession is not one that calls for being read my Miranda rights (to remain silent until advised by my lawyer). It is simply a way of dramatizing impact. It’s less literal than the boxer’s coach who sends his boy into the ring yelling, “Go get him, killer!”

The same expression can mean admirable or despicable, depending on who says it and when. Some people were either praising or condemning Israeli Defense Minister Avigdor Liberman (or maybe both) when they called him a “murderer.” As “bomb” or “atomic” meaning high praise fizzled out, “something air force” flew in. Rosenthal noted a similar Yiddish expression — calling someone a shoss — a shot.

In some examples Dr. Twerski might relate to, Rosenthal talked about how “hysterical” or “crazy” are often used as ironic praise. And he pointed out how, in Yiddish, gevald went from meaning force, violence or a cry of help, to gevaldig — fantastic. So what does the expression mean?

All I can say is that it’s nigh past deadline, and it’s a pity on the time. I hope you will read this and say, “Chaval al hazman”; and, as Rabbi Shlomo Carlebach, z”l, used to say, “It’s mamesh a gevald!”

Meanwhile, I’ll help myself to some dried apricots.