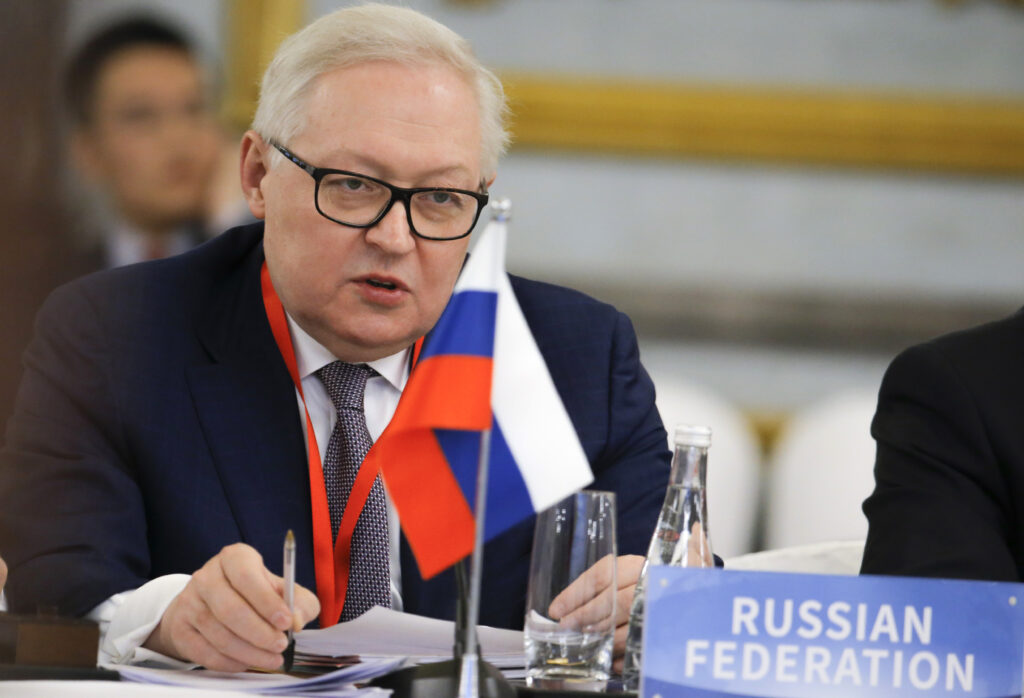 Russia on Thursday sharply raised the stakes in its dispute with the West over Ukraine, with a top diplomat refusing to rule out a Russian military deployment to Cuba and Venezuela if tensions with the United States mount.

Deputy Foreign Minister Sergei Ryabkov, who led the Russian delegation in Monday’s talks with the U.S. in Geneva, said in televised remarks that he would “neither confirm nor exclude” the possibility that Russia could send military assets to Cuba and Venezuela if the talks fail and U.S. pressure on Russia mounts.

The negotiations in Geneva and Wednesday’s NATO-Russia meeting in Vienna failed to narrow the gap on Moscow’s security demands amid a buildup of Russian troops near Ukraine. While Moscow demanded a halt to NATO expansion, Washington and its allies firmly rejected that as a nonstarter.

Speaking in an interview with Russian RTVI TV, Ryabkov noted that “it all depends on the action by our U.S. counterparts,” pointing to Russian President Vladimir Putin’s warning that Moscow could take military-technical measures if the U.S. provokes the Kremlin and turns up military pressure on it.

Ryabkov’s statement followed his comments last month in which he compared the current tensions over Ukraine with the 1962 Cuban Missile Crisis.

That crisis erupted when the Soviet Union deployed missiles to Cuba and the U.S. imposed a naval blockade of the island. U.S. President John F. Kennedy and Soviet leader Nikita Khrushchev agreed to defuse tensions by making a deal for Moscow to withdraw its missiles in exchange for Washington’s pledge not to invade Cuba and the removal of U.S. missiles from Turkey.

Ryabkov said a refusal by the U.S. and its allies to consider the key Russian demand for guarantees against the alliance’s expansion to Ukraine and other ex-Soviet nations makes it hard to discuss such issues as arms control and confidence-building steps that Washington says it’s ready to negotiate.

“The U.S. wants to conduct a dialogue on some elements of the security situation … to ease the tensions and then continue the process of geopolitical and military development of the new territories, coming closer to Moscow,” he said. “We have nowhere to retreat.”

Ryabkov’s comments mark the first time during the current tensions over Ukraine when a senior official mentioned the possibility of Russian military deployments to the Western hemisphere.

In December 2018 Russia briefly dispatched a pair of its nuclear-capable Tu-160 bombers to Venezuela in a show of support for Venezuelan President Nicolas Maduro amid Western pressure.

Soon after his first election in 2000, Putin ordered the closure of a Russian electronic surveillance facility in Cuba during a period of rapprochement with the West, but Moscow has intensified contacts with Cuba in recent years as tensions with the U.S. and its allies mounted.

Russian Foreign Minister Sergey Lavrov also denounced the proposed sanctions as a reflection of U.S. “arrogance,” adding that Moscow expects a written response to its demands from the U.S. and NATO next week in order to mull further steps.

The talks come as an estimated 100,000 combat-ready Russian troops, tanks and heavy military equipment are massed near Ukraine’s eastern border. The buildup has caused deep concerns in Kyiv and the West that Moscow is preparing for an invasion. Russia denies that and in turn accuses the West of threatening its security by positioning military personnel and equipment in Central and Eastern Europe.