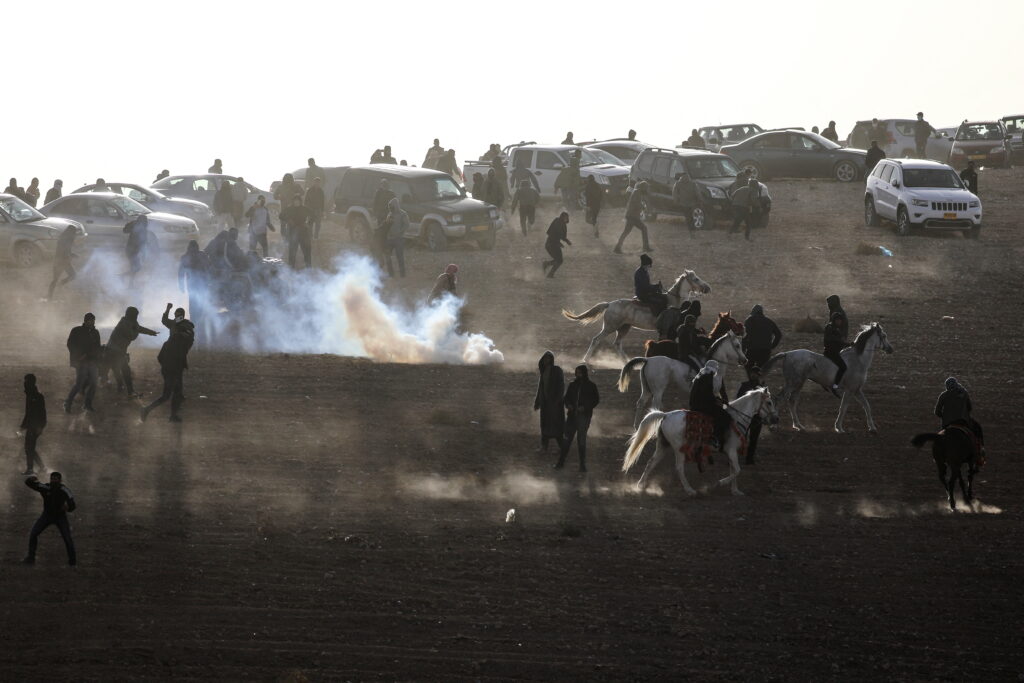 At least a dozen protesters were wounded on Thursday afternoon during a demonstration against tree planting on land in the Negev Desert.

Some 2,000 Bedouin demonstrators clashed with police claiming their voices must be heard.

Police said that seven people have been arrested so far in the clashes.