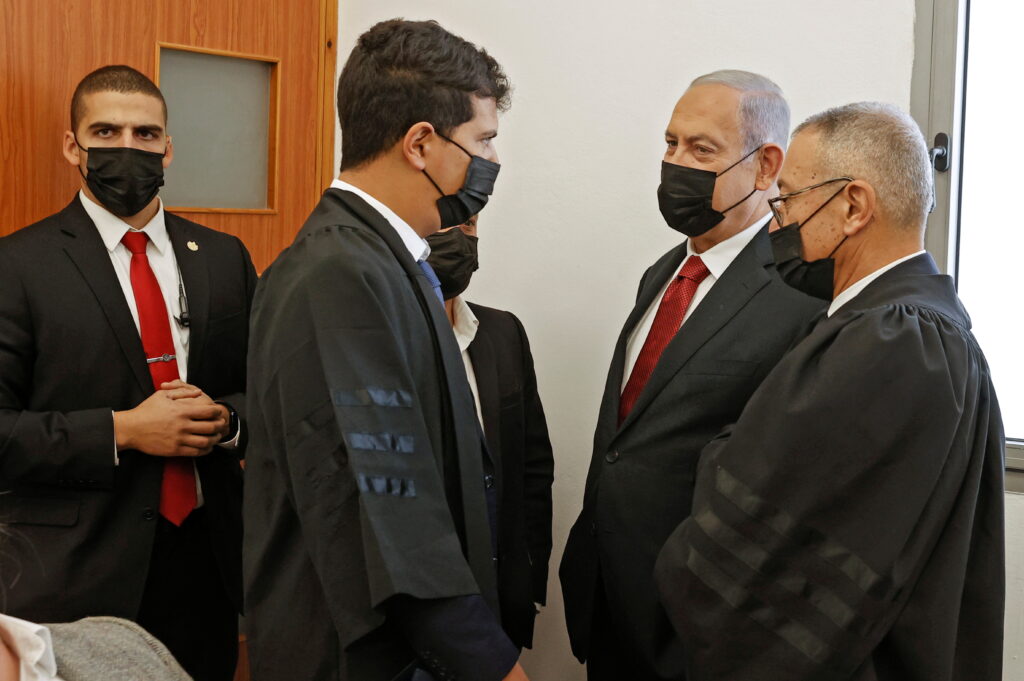 Opposition leader MK Binyamin Netanyahu and prosecutors discussed a potential plea deal in his graft trial, but the secret talks broke down, according to a report Wednesday.

Maariv, based on information from what it said were sources familiar with the details, reported that the talks failed due to Netanyahu’s refusal to budge in his demand that the agreement include neither an admission of moral turpitude nor, by implication, a prison sentence.

The report said that talks began because Netanyahu believed that Attorney General Avichai Mandelblit would be interested in ending his term with a “clean sheet,” and that the short time frame before his retirement could bring to bear the pressure needed for a deal to be brokered.

Mandelblit retires on Feb. 1, after six years in office, and has ruled out extending his tenure despite the lack of a replacement.

The report said that the discussions between representatives of both sides were held under strict secrecy, and went on for a number of weeks.

The discussions reportedly began after it was ascertained that Mandelblit was willing to hear a proposal, but quickly ended when it became clear that the attorney general would require a full admission of guilt and moral turpitude, as well as a suspended sentence with a substantial fine.

Netanyahu was not willing to entertain an admission of moral turpitude, and the talks quickly ended. Such an admission would leave the former prime minister ineligible to hold office for several years, and could end his political career.

Responding to Maariv, the State’s Attorney Office said it would not comment specifically on the matter.

“As a policy, we do not respond to questions about conversations with defense attorneys, whether they have occurred or not. This does not confirm or deny anything of what has been alleged,” the statement read.

Wednesday’s report was the first indication of discussions for a potential plea deal, but it is not the first time that Netanyahu has reportedly tried to reach some kind of agreement to prevent or end his trial.