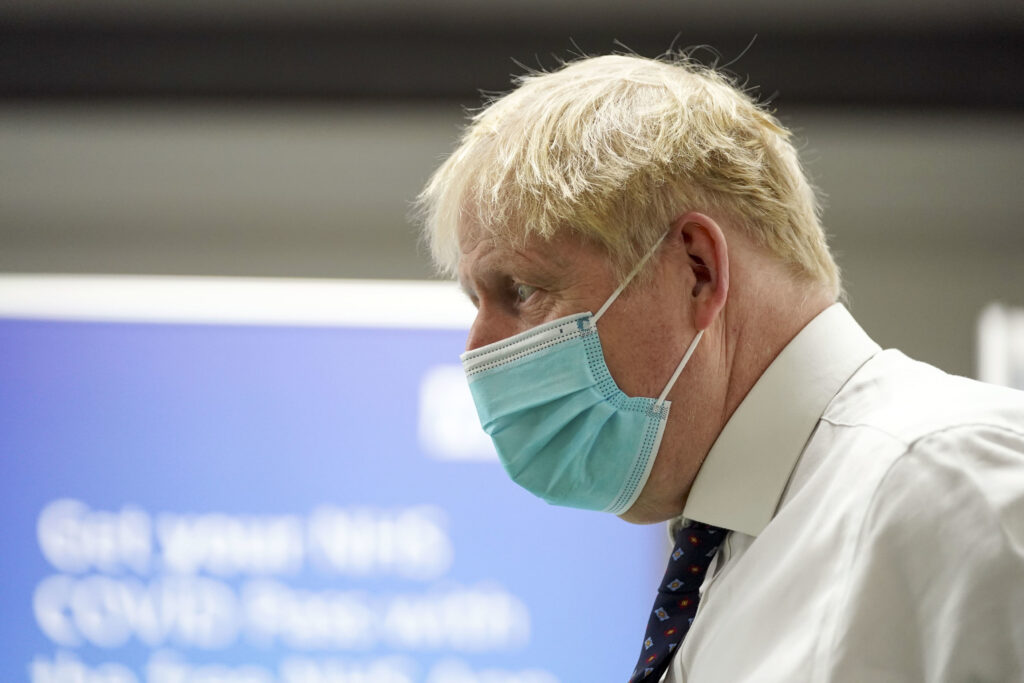 British Prime Minister Boris Johnson warned on Monday that the country’s health system will remain under strain for weeks amid the current surge in coronavirus infections, but suggested there would be no tightening of measures soon to slow the spread.

The highly transmissible omicron variant has sent Britain’s daily new caseload soaring over the last two weeks, with 137,583 infections and 73 deaths reported for England and Wales only on Sunday, with numbers for Scotland and Northern Ireland to be announced after the holiday weekend.

“I think we’ve got to recognize that the pressure on our NHS, on our hospitals, is going to be considerable in the course of the next couple of weeks, and maybe more,” Johnson said during a visit to a vaccination center in Aylesbury, 85 kilometers (53 miles) northwest of London.

Johnson was speaking after The Sunday Times newspaper reported that a group of hospitals in the eastern county of Lincolnshire had declared a “critical incident” due to “extreme and unprecedented” staff shortages.

Johnson’s government removed almost all coronavirus restrictions in July, but last month reversed course and triggered its “Plan B” for England — ordering face coverings to be worn in indoor public places, requiring proof of vaccination or a negative test to enter eateries and asking people to work from home if they can.

Johnson on Monday urged people to adhere to those rules and get a booster vaccination shot, as the government seeks to shore up staffing shortages.

“So do all the things that I’ve said, make sure we follow a Plan B, get boosted but also help the NHS with their staffing requirements, and we’re looking at what we can do to move people into those areas that are particularly badly affected,” he said.

But Johnson appeared to rule out any tightening of measures in coming days.

“I think the way forward for the country as a whole is to continue with the path that we’re on. We will keep everything under review,” he said. “The mixture of things that we’re doing at the moment is, I think, the right one.”

Earlier, Education Secretary Nadhim Zahawi told the BBC that data from London, which has seen surging infection rates in recent weeks, appear to show a “plateauing” of rates, but added, “We are seeing leakage into the over-50s in terms of infections, and it’s generally the over-50s who end up with severe infection and hospitalization.”