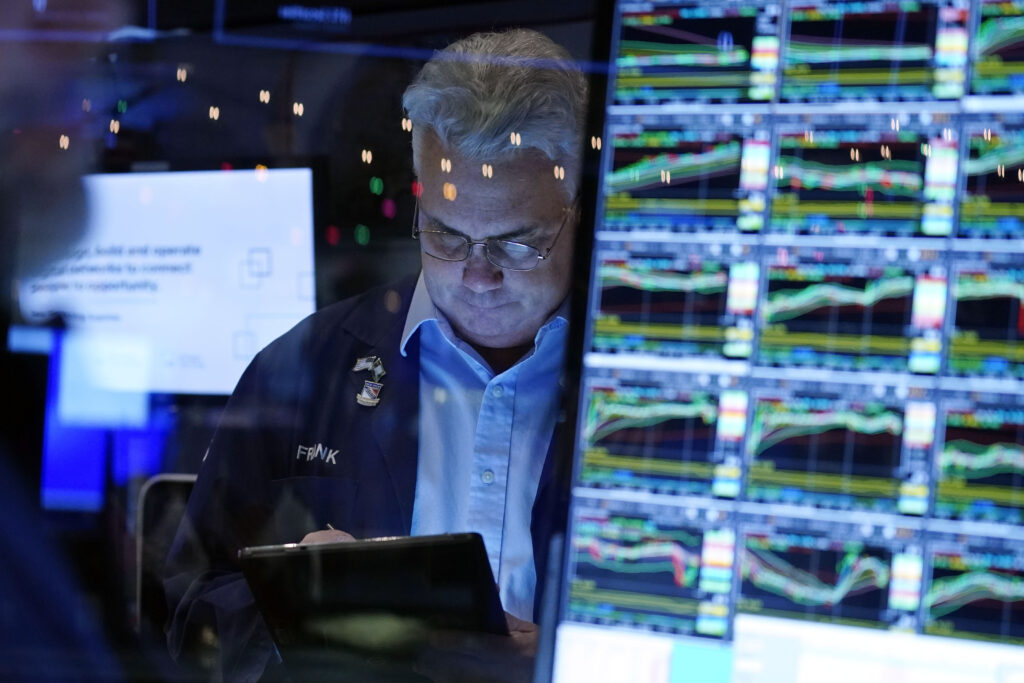 Stocks are getting the new year off to a solid start, posting solid gains on the first day of trading after closing out 2021 with big gains for the third year in a row. The S&P 500 rose 0.5% in early trading Monday. It rose 26.9% last year. Technology companies and banks were among the biggest winners in the early going, and electric car maker Tesla rose 10% after reporting strong delivery numbers for 2021. The yield on the 10-year Treasury rose to 1.59%. The big event on the economic calendar this week is the government’s jobs report on Friday.

Wall Street’s benchmark S&P 500 index slipped Friday amid lingering worries about the coronavirus’s omicron variant but ended 2021 with an annual gain of 26.9%.

“It remains to be seen to what extent the optimism of the New Year will be reflected in financial markets,” said Venkateswaran Levanya of Mizuho Bank in a report.

One of China’s biggest real estate developers, Evergrande Group, which is struggling to avoid a default on $310 billion of debt, announced Monday it had asked for trading of its shares in Hong Kong to be suspended ahead of an announcement of unspecified “inside information.”