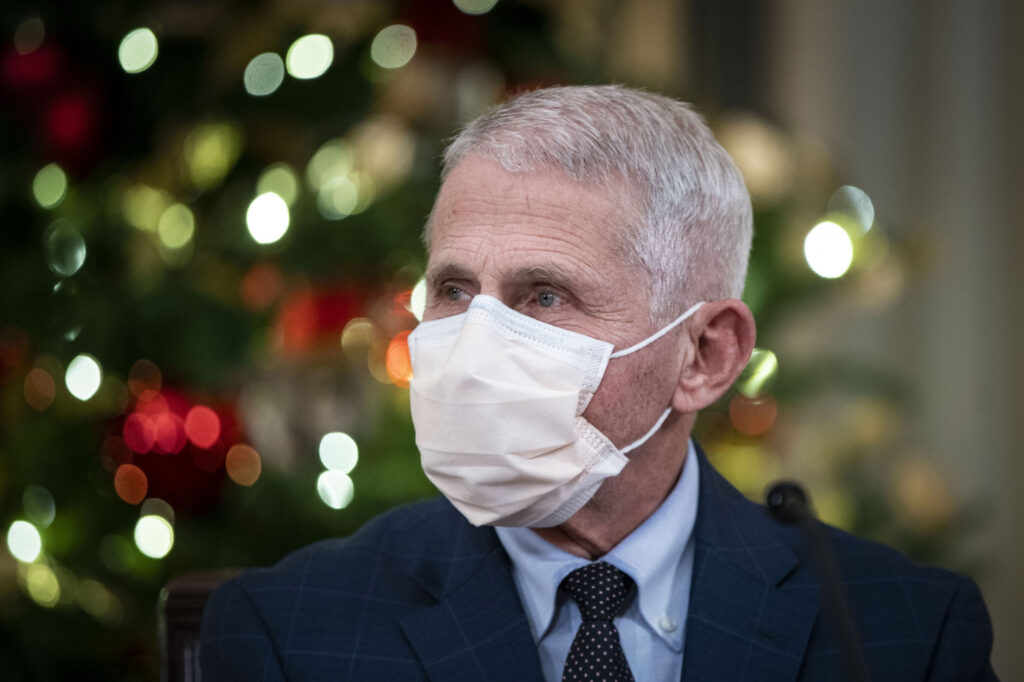 President Joe Biden’s medical adviser said a domestic travel vaccination rule should be considered as the omicron variant fuels record Covid-19 case loads in some states and holiday travel continues to be disrupted around the U.S.

Anthony Fauci said on Monday that it would be “reasonable to consider” a requirement to be vaccinated for the coronavirus before getting on a domestic flight. Later, in an interview, he said people should consider avoiding larger end of year parties.

“When you make vaccination a requirement, that’s another incentive to get more people vaccinated,” Fauci said. “If you want to do that with domestic flights, I think that’s something that seriously should be considered.”

Fauci also reiterated that officials with the Centers for Disease Control and Prevention are seriously discussing whether its feasible to shorten isolation and quarantine time for essential workers.

A surge in cases prompted U.S. airlines to scrap about 2,800 flights over the weekend because of personnel shortages.

While some studies have suggested the omicron variant is less severe, particularly for vaccinated people, rising case loads have prompted concerns that hospitals could still be overwhelmed with patients, a situation now being seen in pockets of the U.S.

Biden is expected to discuss the situation in U.S. states on Monday with the National Governors Association. His remarks follow a spike in Covid-19 infections to record levels in several states, including New York, which reported 49,708 new cases on Dec. 24.