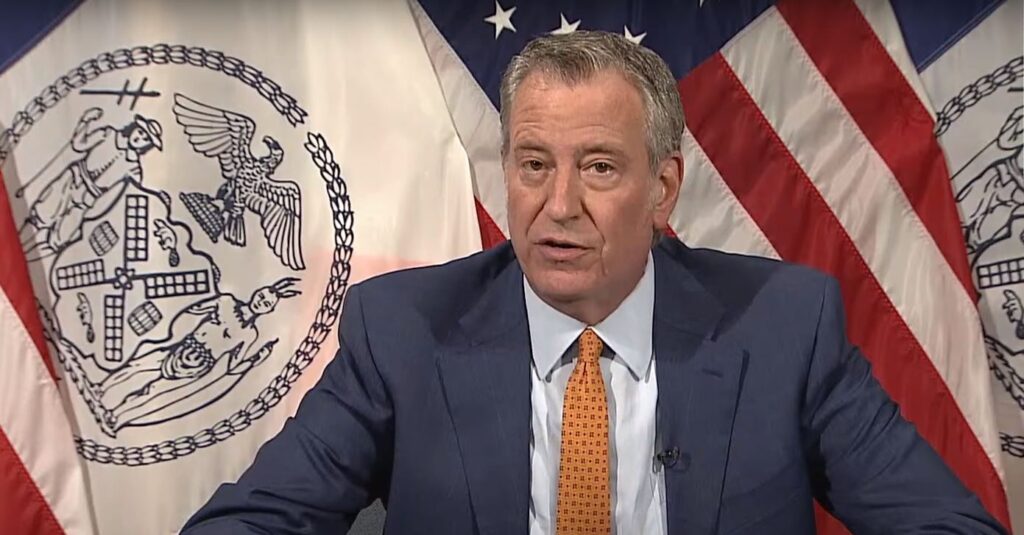 New York City Mayor Bill de Blasio said he’s committed to keeping the city open as it grapples with yet another spike in coronavirus cases.

The Democratic mayor said Tuesday that New York can’t see schools and businesses closed again like the city did in 2020 when COVID-19 first spread widely.

De Blasio has faced questions over the past week about whether he would call for closures as a wave of new cases fueled by the omicron variant has broken over the city.

“Adamantly I feel this: No more shutdowns. We’ve been through them,” de Blasio said at a virtual news conference Tuesday. “They were devastating. We can’t go through it again.”

De Blasio, in the waning days of his term as mayor, will decide by the end of the week whether the annual New Year’s Eve celebration in Times Square will continue as planned. The event was small and socially distanced last year but de Blasio had hoped to hold it this year at “full strength.” That was before reports of COVID-19 cases ramped up again.

De Blasio said the city is ramping up testing but the biggest tool to fight the pandemic remains getting people vaccinated. The mayor announced the city would begin offering a $100 cash incentive to New Yorkers who get a booster shot of the COVID-19 vaccine starting Tuesday and going through the end of the year.

The city had previously offered similar incentives for people to get their first vaccine doses.

De Blasio said the federal government is expected to help set up more testing sites in New York City and the city will increase its city run sites, including brick-and-mortar locations and mobile testing vans.

As recently as Dec. 13, the city had been averaging fewer than 3,600 new cases of COVID-19 each day. But after nearly 50,000 people tested positive in just four days, the average daily number of infections had climbed to nearly 9,500 as of Sunday — an increase of 175% in a week.