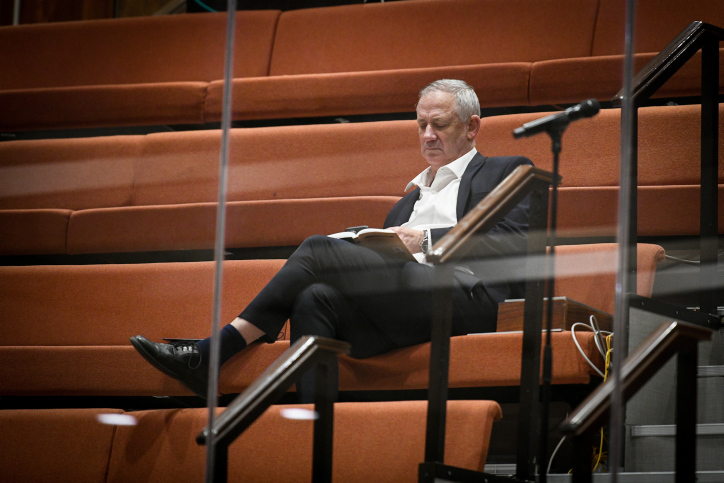 Israel’s Defense Minister Benny Gantz said on Monday that Iran comes to the Vienna talks in a weakened position economically and otherwise and that world powers should be able to use the situation to advantage.

In contrast to the rhetorical bluster from Tehran, Gantz asserted that “Iran’s domestic situation presents an opportunity for the international community. Iran is not a leading power – its citizens are suffering as a result of the poor economic situation, investments and development have been slashed by fifty percent in the last decade, and the country faces a variety of internal and external challenges.

“The Iranian regime is well aware of this situation and as such, Iran is coming into negotiations without real bargaining chips. It is possible and necessary to put an end to Iran’s ‘foot-dragging’ strategy. We are deepening international cooperation, and I am certain that soon – both overt and covert actions will be expanded, by a variety of means. At the same time, for the past year and a half, we have been engaged in force buildup, procuring new means that will ensure Israel’s security superiority in the region in the face of all threats,” he said in testimony to the Knesset’s Foreign Affairs and Defense Committee.

Addressing other security issues, Gantz told the committee that “in recent weeks, in response to an increased number of alerts, we have carried out extensive counterterrorism operations, which have curtailed both [terror] capabilities and intentions. These operations will continue. We will increase our presence on the ground and we will charge a price from those who spread terror and incitement. We will act in the face of any attempt by Hamas to gain strength or to harm Israeli citizens – anywhere, anytime.”

Regarding Israeli violence against Palestinians, which have made headlines in recent days: “Alongside the main task of fighting terrorism, we have unfortunately also witnessed Israeli attacks on Palestinians and IDF soldiers that included physical harm, and property damage. These events are unacceptable, both morally and operationally and we will not tolerate them. I support the IDF soldiers, police and ISA forces, which are operating in accordance with the law and the guidelines dictated by the political echelon.

“The vast majority of the residents [of Yehuda and Shomron] are moral and law-abiding individuals who support and appreciate the activities conducted by our security forces and who oppose acts of violence.”

The defense minister’s words were carefully chosen to address the furor over Public Security Minister Omer Barlev’s disclosure last week that he had discussed “settler violence” with a visiting American diplomat. The coalition’s right-wing flank denounced Barlev for what it said was an attempt to smear the entire movement.