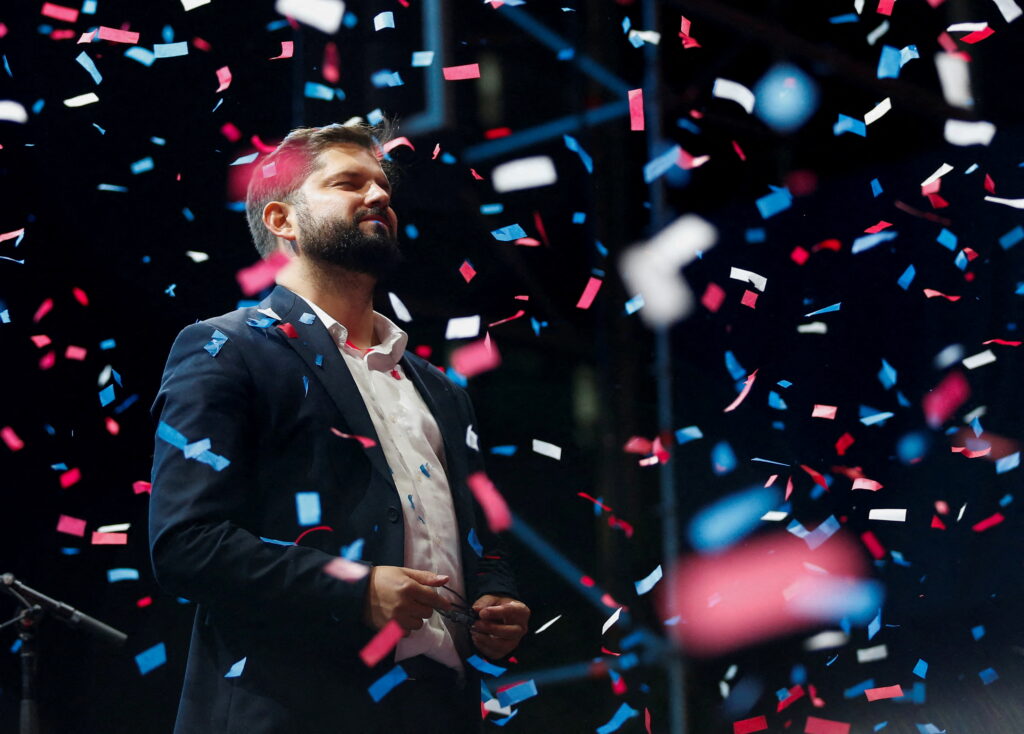 Chilean leftist Gabriel Boric won the country’s presidential runoff election on Sunday, capping a major revival for the country’s progressive left that has been on the rise since widespread protests roiled the Andean country two years ago.

In downtown Santiago, supporters cheered, embraced and waved flags with Boric’s image in support of his socially inclusive policies as well as plans to overhaul Chile‘s market-orientated economic model.

With over 99% of ballots counted, Boric, 35, who leads a broad leftist coalition, had 55.86% of the vote, compared with 44.14% for far-right rival Jose Antonio Kast, who conceded defeat.

“I just spoke to @gabrielboric and congratulated him on his great success,” Kast said on social media. “From today he is the elected President of Chile and he deserves all our respect and constructive collaboration. Chile is always first.”

The protests in 2019 shone a spotlight on economic inequality and triggered an official redraft of the constitution.

“I am going to be the president of all Chileans,” Boric said in a call with center-right President Sebastian Pinera, who will step down in March.

“I want equality, for us not to be as they call us, the ‘broken ones,’ more fairness in education, health and salaries,” she said. “I want real change.”

The election was the nation’s most divisive in decades, with the two candidates offering starkly different visions of the future. Kast ran a law-and-order campaign and was a defender of former dictator Augusto Pinochet.

Often likened to Brazilian President Jair Bolsonaro and a hero of Chile‘s “unapologetic right,” Kast has said that “two models for the nation” were going head-to-head.

Both candidates were from outside the centrist political mainstream that has ruled Chile since the return to democracy in 1990 after Pinochet’s military dictatorship. Both moderated their positions in recent weeks to win over centrist voters.

Miguel Angel Lopez, a professor at the University of Chile, said Boric faced a complex period ahead and would have to negotiate with the opposition due to a split Congress where neither side has a majority.

“He now has to make a strong speech where he tries to end the uncertainty. Lots will depend on that and on his appointments and his decisions. International investors will be very attentive to this.”

Boric supporters say he will overhaul the country’s economic model that dates back to Pinochet. It has been credited for driving economic growth, but attacked for creating sharp divides between rich and poor.

Boric, who rose to prominence leading a student protest in 2011 to demand better and more affordable education, wrote in an open letter on Saturday that his government would make the changes Chileans had demanded in the 2019 social uprisings.

Those protests, which lasted months and at times turned violent, sparked a formal process to redraft Chile‘s decades-old constitution, a text that will face a referendum next year.