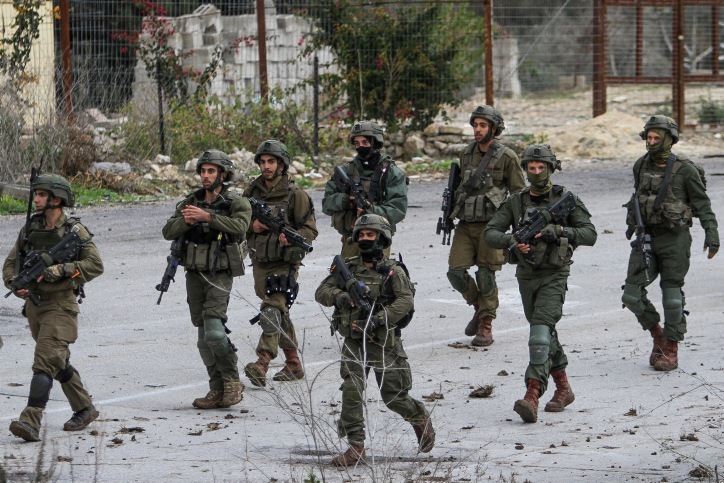 The IDF intensified its manhunt over the weekend for the Arab terrorists that killed Yehuda Dimentman, Hy”d, as tensions heightened on the ground.

“Over the weekend, IDF, the Shin Bet and Border Police forces continued to hunt down the terrorists,” the IDF said in a statement.

Soldiers focused specifically on areas around the Palestinian cities of Jenin and Shechem in the Shomron, close to where terrorists sprayed Dimentman’s car with bullets on Thursday night, mortally wounding the 25-year-old.

The IDF believes that a terror cell was behind the Dimentman’s killing. If its members are not captured there is a concern that it could carry out another attack.

On Friday Defense Minister Benny Gantz spoke with IDF Chief of Staff Aviv Kochavi, head of the Shin Bet Ronen Bar and the commander of the Home Front Command about the search for the terror suspects.

Gantz said that every measure must be taken in order to catch the terrorists. He also stressed the importance of maintaining an increased security presence in the area throughout the weekend in order to prevent any further attempts to harm those living there.

Kochavi visited the site of the attack, along with Bar, to assess the situation.

“The IDF and security forces continue to pursue the terrorists involved in the attack. Along with the intelligence effort, we will also increase the combat forces and we will continue to act and expand the operational activities as needed. We will not stop until we capture the terrorists.”