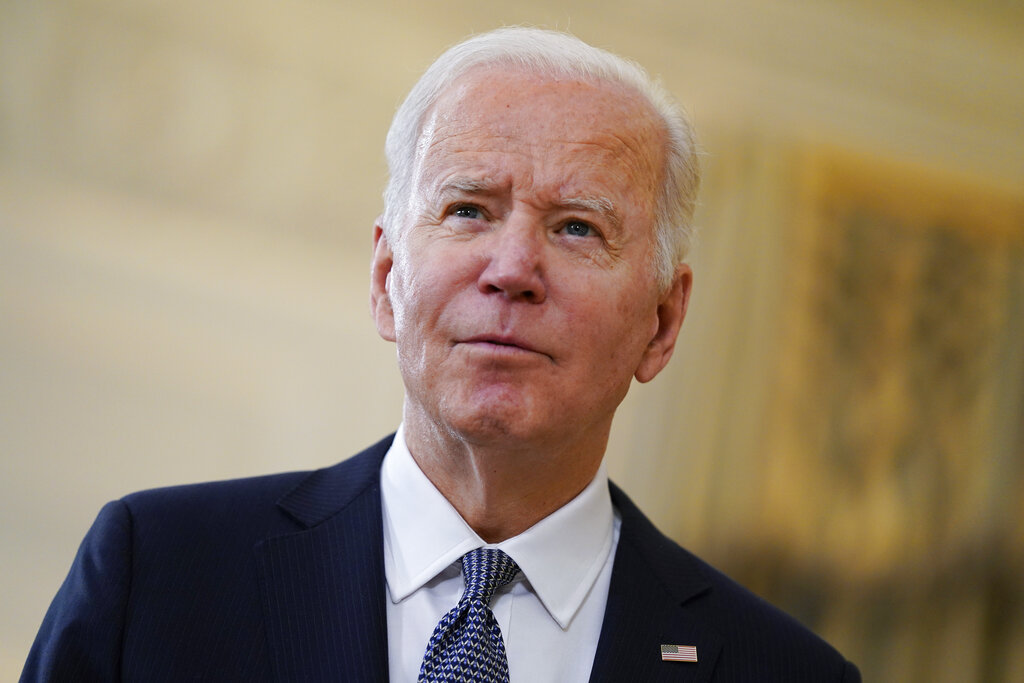 President Joe Biden on Friday vowed to make it “very, very difficult” for Russian President Vladimir Putin to take military action in Ukraine, saying his administration is putting together a comprehensive set of initiatives to curb Russian aggression.

The president offered the measured warning to Putin amid growing concern about a Russian buildup of troops on the Ukrainian border and increasingly bellicose rhetoric from the Kremlin.

“What I am doing is putting together what I believe to be will be the most comprehensive and meaningful set of initiatives to make it very, very difficult for Mr. Putin to go ahead and do what people are worried he may do,” Biden told reporters.

There are signs that the White House and Kremlin are close to arranging a conversation next week between Biden and Putin. Putin’s foreign affairs adviser Yuri Ushakov told reporters Friday that arrangements have been made for a Putin-Biden call in the coming days, adding that the date will be announced after Moscow and Washington finalize details. The Russians say a date has been agreed upon, but declined to say when.

Biden did not detail what actions he was weighing. But Russian Foreign Minister Sergey Lavrov, who met Thursday with Secretary of State Antony Blinken in Sweden, said the U.S. has threatened new sanctions. He did not detail the potential sanctions but suggested the effort would not be effective.

“If the new sanctions … come, we will respond,” Lavrov said. “We can’t fail to respond.”

Deep differences were on display during the Blinken-Lavrov meeting, with the Russia official charging the West was “playing with fire” by denying Russia a say in any further NATO expansion into countries of the former Soviet Union. Ukrainian President Volodymyr Zelenskyy has pushed for Ukraine to join the alliance, which holds out the promise of membership but hasn’t set a a timeline.

Blinken this week said the U.S. has “made it clear to the Kremlin that we will respond resolutely, including with a range of high-impact economic measures that we’ve refrained from using in the past.”

Such a move would go far toward blocking Russian businesses from the global financial system. Western allies reportedly considered such a step in 2014 and 2015, during earlier Russian-led escalations of tensions over Ukraine.

Then-Russian Prime Minister Dmitry Medvedev said it would be tantamount to “a declaration of war.”