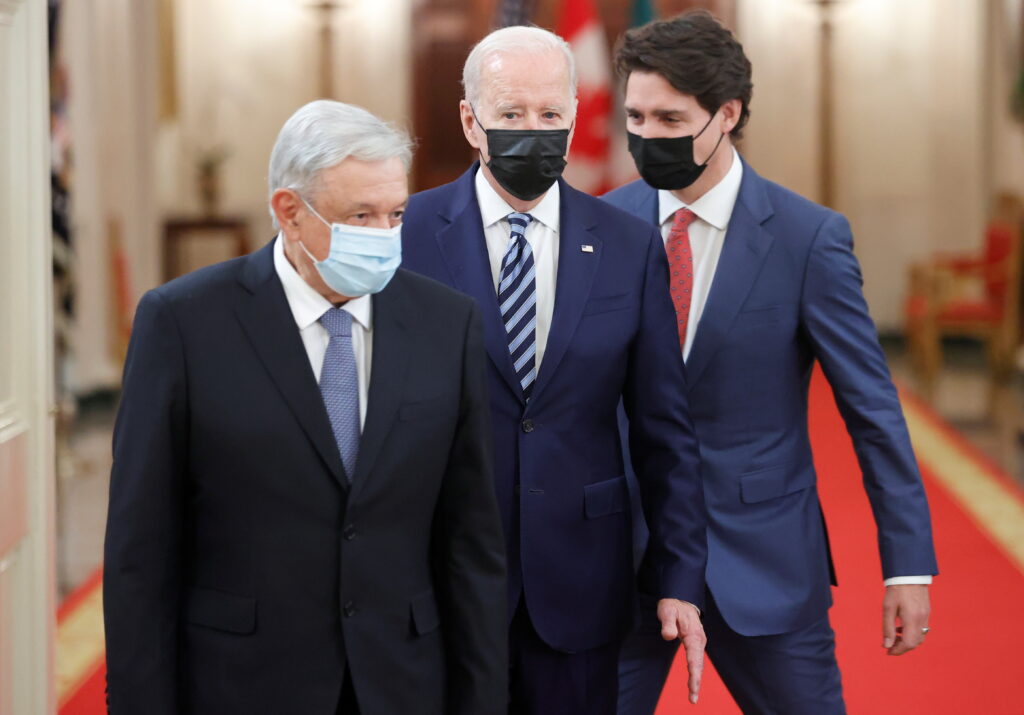 During the summit in Washington, Lopez Obrador said that if North America did not move to strengthen its economy, the region risked being left behind by China. He also suggested Canada and the United States should make more use of migrant labor.

“I made a proposal to promote a program of productive investments in North America for the substitution of imports,” Lopez Obrador told reporters at a regular news conference, citing a shortage of semi-conductors as an example.

The Mexican president said he had also explored with Trudeau possible cooperation between Canadian and Mexican public sector energy companies in upgrading hydro-electric plants in Mexico.

Lopez Obrador added that he had explained during the talks why he was carrying out certain measures aimed at strengthening state control of natural resources, arguing that private companies had engaged in financial speculation in Mexico.

Overall, he said, the talks had been very good, and no major differences arose among the three leaders.