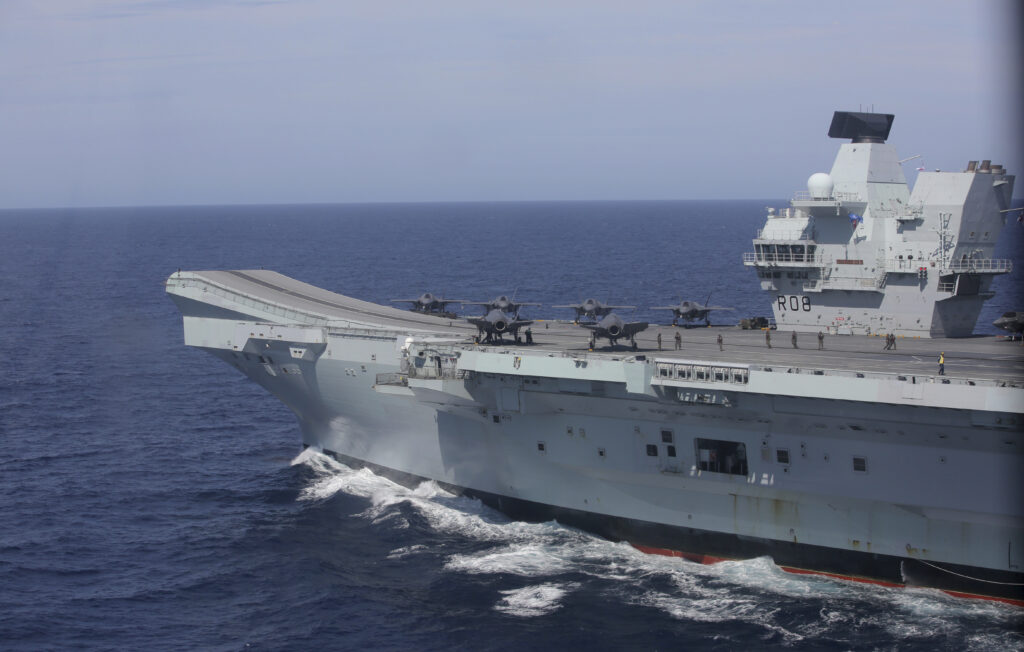 An F35 jet from a British aircraft carrier crashed in an undisclosed location in the Mediterranean Sea on Wednesday morning, the Ministry of Defense said, adding that the jet’s British pilot ejected safely and returned to the HMS Queen Elizabeth.

An official investigation was opened. The ministry declined to provide further details.

The F35s, estimated to be worth around 100 million pounds ($135 million) each, are on board the 3 billion-pound HMS Queen Elizabeth.

Jets from the vessel previously participated in strikes against remnants of the Islamic State group in Iraq and Syria.

The aircraft carrier has been on its first operational deployment over the past six months, carrying out visits to 40 countries including India, Japan, South Korea and Singapore.