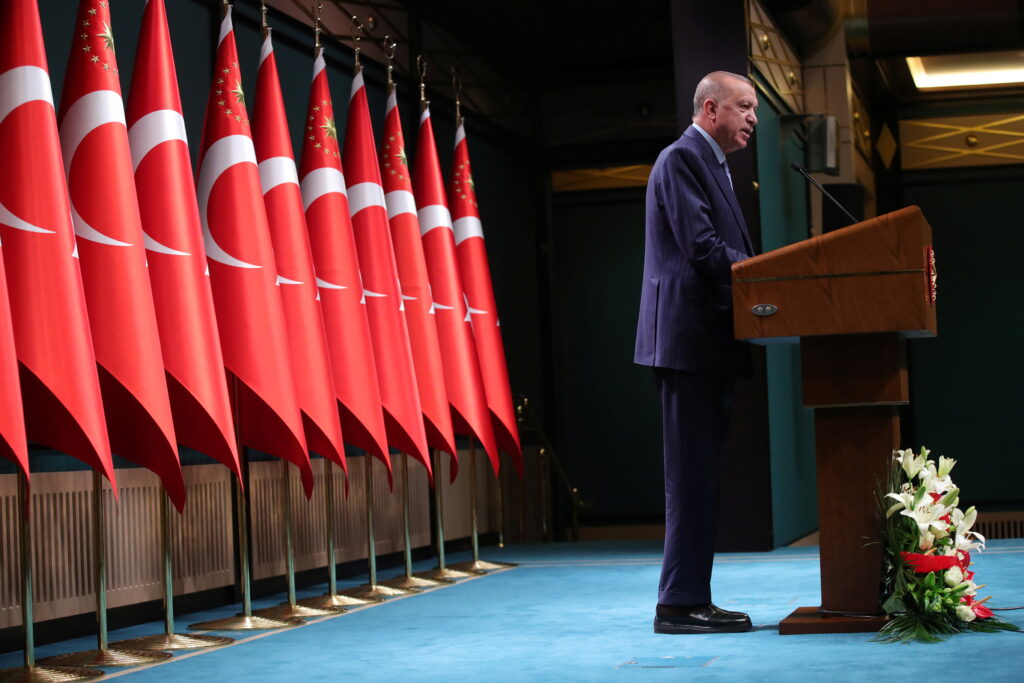 Israeli officials expressed concern over the weekend that Turkey will try to leverage the recent arrest of an Israeli couple touring the country for political gain.

Mordy and Natalie Oknin were arrested late Thursday after taking photographs of the Turkish president’s residence in Istanbul.

According to Turkey’s state news agency Anadolu, a Turkish national was also arrested. The three were detained by the police following a tip-off that they were photographing President Recep Tayyip Erdogan’s nearby home from the Camlica media tower on the Asian side of Istanbul.

While it was first believed that the two would be swiftly deported from Turkey, an Istanbul court on Friday ordered they be remanded for an additional 20 days, pending trial for “political and military espionage.”

The defendants’ lawyer, Nir Yaslovizh, who arrived in Istanbul on Friday, called the accusation “preposterous” and blasted the court’s “bizarre and unacceptable,” remand order.

“They are not spies,” he stressed.

Foreign Minister Yair Lapid issued a statement over the weekend officially denying that the couple was linked to “any Israeli security agency.”

The Foreign Ministry said its officials were in regular contact with the Oknin family and were working to organize the two’s release, adding that Israeli officials have placed an urgent request with Turkish authorities to visit the couple.

Prime Minister Naftali Bennett spoke with the couple’s family and assured them that Israel was sparing no effort to ensure the matter is resolved.

President Yitzchak Herzog also spoke with the family. He later released a statement echoing Lapid’s assertion that the couple has nothing to do with any state agency, saying he was certain of their innocence.

Yaslovizh told Israeli media that he was receiving the “full cooperation and assistance” of all relevant Israeli ministries.

“This case has sparked interest in Turkey so it is in the Turkish prosecution’s interest to press charges,” he said.

“Turkish authorities clearly have a different, ludicrous, perception of this case than we do. The court remanded them to allow the Turkish prosecution the time to formulate espionage charges. They have a 20-day deadline, but they can extend it.

“I think what we have seen here is an inconceivable ruling that counters all international conventions regarding detention” of foreign nationals, he said.

An unnamed source familiar with the Turkish legal system told Channel 12 that it was “clear that this was a political, rather than a legal, decision. … It is clear that elements in Erdogan’s circle exerted pressure and briefed him as if these were Mossad agents on an Israeli mission.”

Still, there are concerns in Israel that Turkey will try to use the case for political gains.

Turkey has yet to make any demands for the couple’s release, but on the other hand, details on the investigation or the reason for the decision to extend the Oknins’ remand have been scarce.

Several news outlets cited Israeli sources as saying that the Turkish security establishment was wary of Israelis at this time, given the recent exposure of an alleged Mossad spy ring operating in the country.