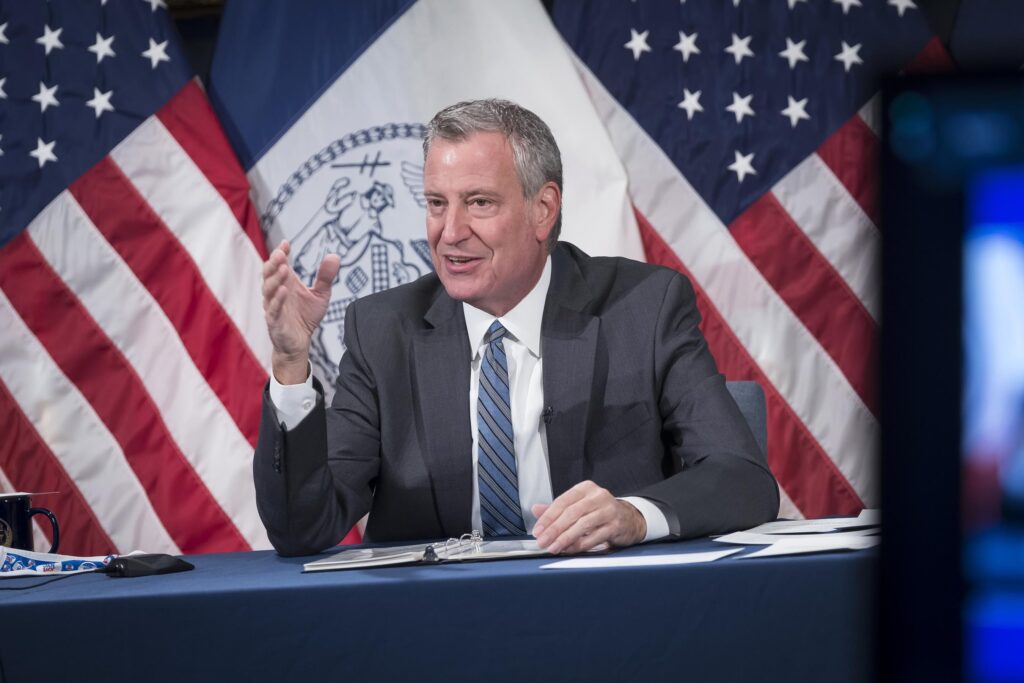 All city employees and contractors accompanying their children to get a Covid vaccine will receive four hours of paid leave, Mayor Bill de Blasio announced at his press conference on Monday.

“You shouldn’t have to choose between the paycheck and a healthier family,” de Blasio said, adding that he hoped the new paid leave policy would soon extend to all working parents in the city. “We want to reach all working people in New York City. We want to make sure everyone has this right for the time they need to get the kids vaccinated.”

There is a proposed legislation in the city council to add four hours of paid leave for all employees, which can be applied retroactively to November 2, when the CDC approved a modified doze of the Pfizer vaccine for children ages 5 through 11.

Since vaccines became newly available to children ages 5 through 11 last Thursday, almost 17,000 children have gotten their first shot, according to city data. Currently 78% of children and teenagers 12 to 17, who were previously eligible earlier, have at least one shot.

Four vaccine sites struggled to keep up with the demand over the weekend, and twelve other locations reported long lines, the mayor said.

“We laid in supply and staffing for the amount of demand we expected,” de Blasio said. “If we’re seeing more demand, well that’s a good thing but we’ve got to catch up with it quickly.”