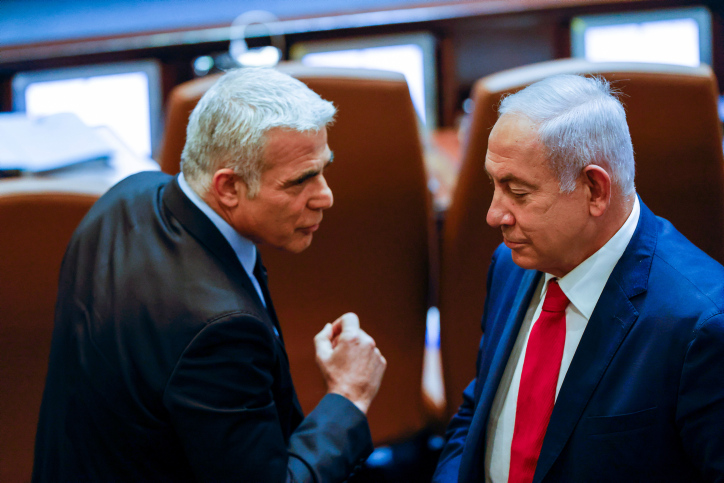 Pessimism has taken hold in Binyamin Netanyahu’s Likud party in the aftermath of the coalition’s successful passage of the state budget, regarded as a test of the government’s stability.

Despite opposition leader Netanyahu’s repeated predictions of the coalition’s imminent downfall and his return to power, senior Likud officials were quoted by The Times of Israel on Monday as saying that they do not foresee either happening if the current configuration of parties remains unchanged.

Recent polls have shown that if elections were held now, although Likud would rise to 36 seats in the Knesset, Netanyahu would still not be able to assemble a governing majority with other parties. (In addition, the polls were taken before the budget passed, and the Likud numbers might well fall in the next round.)

As a result, Likud politicians are talking about the possibility of creating a new center-right party that could run with Likud to get the requisite 61 MKs to win back the government.

Yamina maverick MK Amichai Chikli and right-wing media personality Yaakov Bardugo were among the names being discussed to make up such a party.

“This is the only choice we have left, if we want to stay with Netanyahu,” a senior Likud official said.

“The talk of hundreds of thousands of Likud members remaining at home [in the previous elections] is incorrect. The numbers are much lower, and even if they come, we have no government.”