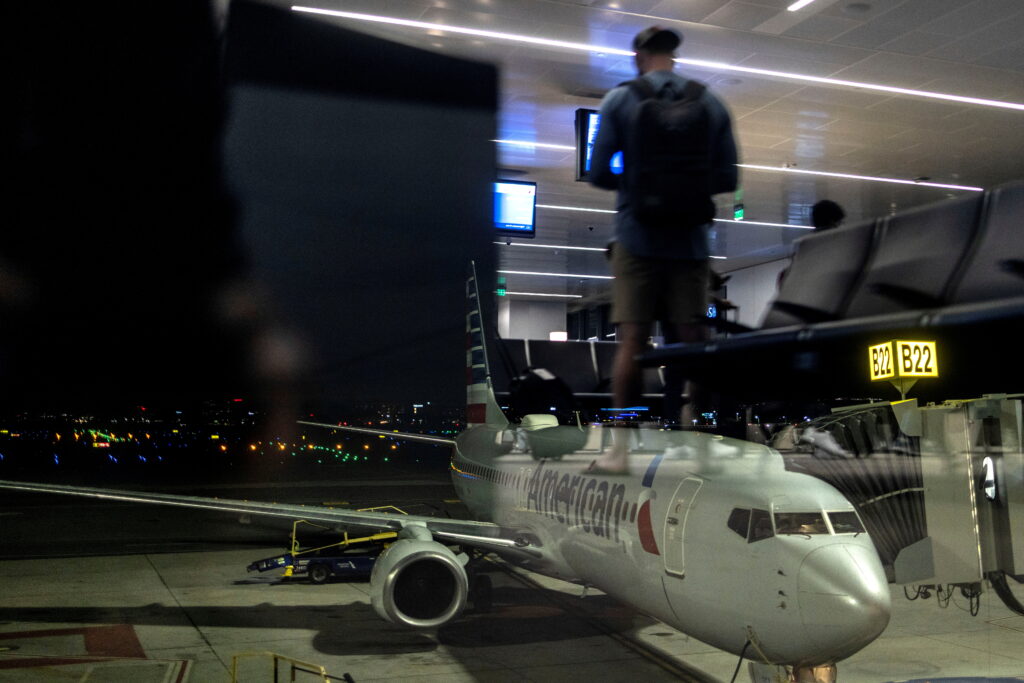 The Federal Aviation Administration (FAA) said Thursday it has referred more than three dozen unruly passengers to the FBI for potential criminal prosecution amid a sharp rise in onboard incidents this year.

The FAA and Justice Department said they had established an information-sharing protocol for the FAA to refer unruly passenger cases to the FBI for review.

The Justice Department and FBI “are committed to prioritizing the review of the cases referred by the FAA and initiating criminal prosecution where appropriate,” the agencies said.

U.S. airlines have reported a record number of disruptive and sometimes violent incidents this year, and the FAA has pledged a “zero tolerance” approach. The FAA and Justice Department said the “increased coordination is part of a broader effort to prevent dangerous unruly passenger incidents.”

An FAA spokesman said the agency has initiated 227 enforcement cases and referred 37 to the FBI for review.

“Let this serve both as a warning and a deterrent: If you disrupt a flight, you risk not just fines from the FAA but federal criminal prosecution as well,” said FAA Administrator Steve Dickson.

On Oct. 8, President Joe Biden said he instructed the Justice Department to “deal” with the rising number of violent incidents onboard planes.

FBI Acting Assistant Director Jay Greenberg said the agency is “working in tandem with our partners to ensure the safety of all passengers and investigate crimes within our jurisdiction aboard commercial flights.”

Through Nov. 1, there have been 5,033 reports of unruly passenger incidents, including 3,642 related to pandemic face covering regulations.

FAA and Justice Department officials began meeting in August “to develop an efficient method for referring the most serious unruly-passenger cases for potential criminal prosecution,” the agencies said, adding that “resulted in a process where the FAA regularly sends cases to the FBI, which forwards those that merit potential prosecution to field offices for further investigation.”

On Monday, U.S. prosecutors in Colorado charged a 20-year-old California man with assaulting a flight attendant on an Oct. 27 American Airlines flight bound for Santa Ana, California, that forced the plane to land.

Witnesses and court records said a flight attendant was punched in the nose, resulting in bleeding and a concussion. American Airlines Chief Executive Doug Parker called it “one of the worst displays of unruly behavior we’ve ever witnessed.”