World WHO Authorizes Indian-Made COVID Vaccine, Months Into Use
CoronavirusWorld 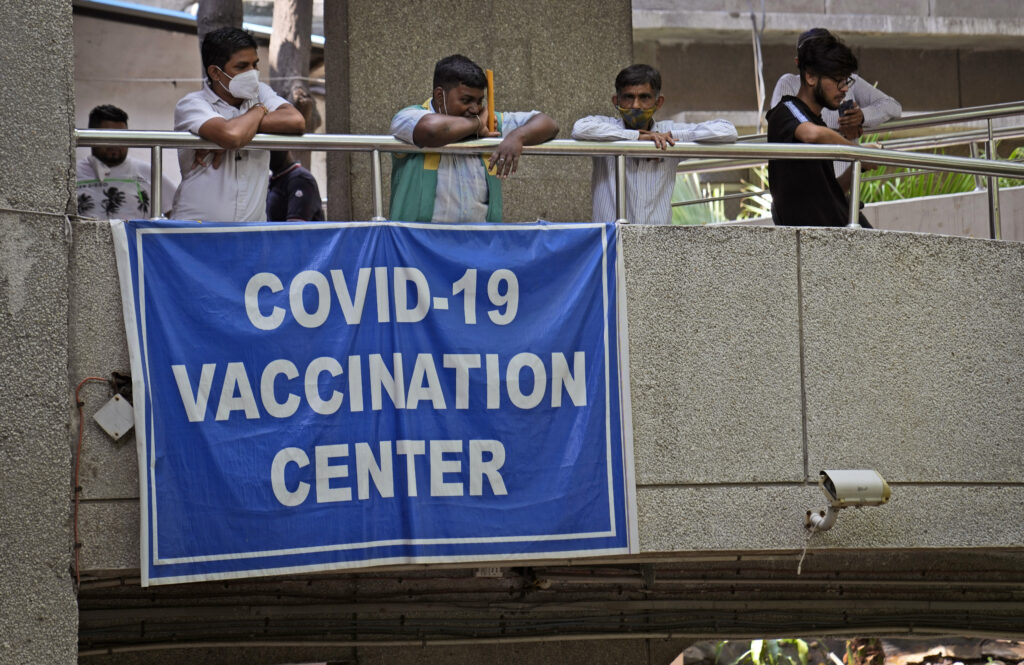 The World Health Organization granted an emergency-use license Wednesday to a coronavirus vaccine developed in India, offering reassurance for a shot the country’s regulators allowed long before advanced safety and efficacy testing was completed.

The U.N. health agency said in a statement that it had authorized Covaxin, made by India’s Bharat Biotech. The action makes Covaxin the eighth COVID-19 vaccine to receive WHO’s green light.

“This emergency-use listing expands the availability of vaccines, the most effective medical tools we have to end the pandemic,” said Dr. Mariângela Simão, WHO’s assistant director-general for access to medicines and health products.

Covaxin was developed by Bharat Biotech in partnership with the Indian Council of Medical Research, the government’s apex research body. The vaccine is made using a killed coronavirus to prompt an immune response and is given in two doses.

WHO said the vaccine was found to be about 78% effective in preventing severe COVID-19 and was “extremely suitable” for poor countries due to its much easier storage requirements.

An expert group convened by WHO said there was insufficient data about the vaccine’s safety and efficacy in pregnant women; studies are being planned to address those questions.

India’s drug regulator authorized Covaxin in January, months before extensive testing in people had been completed, prompting concern from health experts that the shot was given the nod prematurely.

Bharat Biotech published results in July showing the vaccine was about 93% effective in preventing severe COVID-19 and roughly 65% effective against infection with the more contagious Delta variant.

Indian Prime Minister Narendra Modi took the first shot of the two-dose vaccine in March. By mid-October, over 110 million jabs of the vaccine had been administered, making Covaxin the second-most used COVID-19 shot in India, after AstraZeneca’s.

Despite India’s repeated endorsement of its homegrown vaccine, Bharat Biotech has faced problems scaling up production. In July, India’s Health Ministry said the company was making 25 million doses of the vaccine on average each month and expected to increase monthly production to 58 million doses.

The company says it’s aiming to reach an annual capacity of one billion doses by the end of 2021, or over 80 million shots each month, but has not responded to questions about its current capacity.

Bharat Biotech said several other countries, including Brazil, Philippines, Iran and Mexico, also had authorized its COVID-19 vaccine. Before India paused exports, shots made by Bharat Biotech were sent to Myanmar, Paraguay and Zimbabwe as grants, and to Mauritius and Iran as a part of commercial deals, data from India’s Foreign Ministry shows.

The federal prosecutor’s office in Brazil is investigating possible irregularities in the Health Ministry’s contract to buy 20 million doses of Covaxin.

To date, the World Health Organization has granted emergency approval to the vaccines made by AstraZeneca and its partner, the Serum Institute of India, Pfizer-BioNTech, Moderna Inc., Johnson & Johnson, and the Chinese pharmaceuticals Sinopharm and Sinovac.

Vaccines okayed by WHO can be used as part of the U.N.-backed COVAX effort to distribute COVID-19 vaccines and to share doses with poorer countries. The initiative is in desperate need of more vaccines after failing to meet its targets and dramatically reducing the number of vaccines expected to be delivered by the end of the year.

WHO’s emergency-use licensing for Covaxin should also mean that millions of Indians immunized with the shot will be allowed to travel internationally by countries that recognize vaccines authorized by WHO, including Britain, European Union members and Canada.