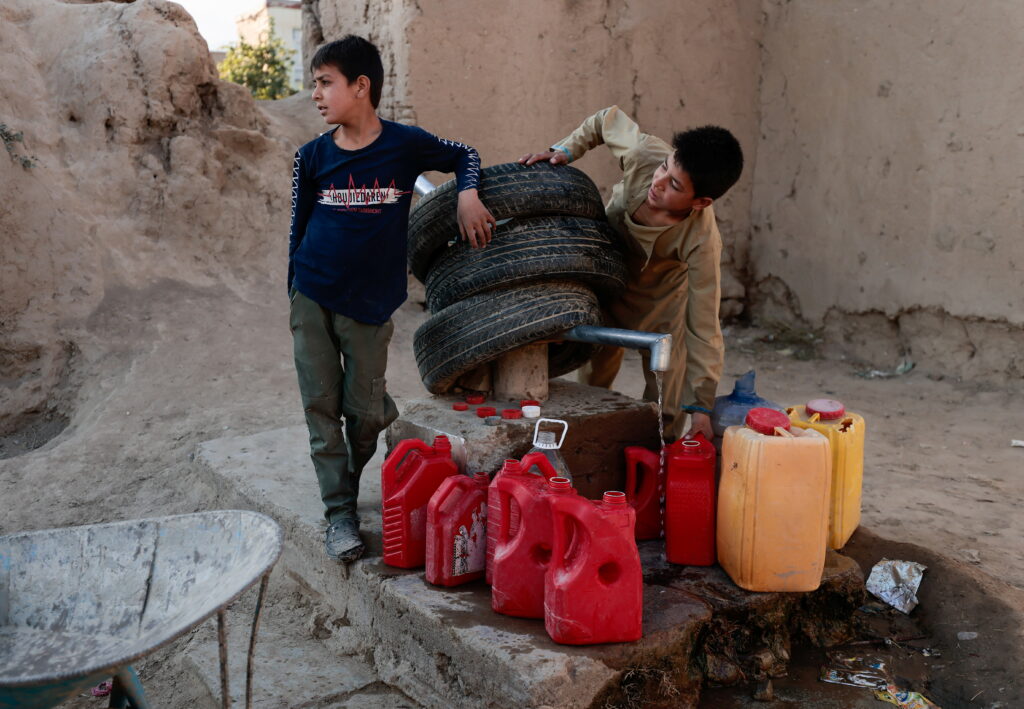 The U.N. refugee agency UNHCR started to airlift supplies to Kabul on Tuesday to help hundreds of thousands of displaced Afghans build shelters ahead of the winter.

The UNHCR said a first plane was due to arrive later on Tuesday, carrying 33 tons of kits that contain flooring and partitions to improve tent insulation. Two other flights are planned on Nov. 4 and 7.

“More resources are urgently needed to reach all those who will need help to survive the harsh winter ahead,” UNHCR spokesperson Shabia Mantoo told a briefing in Geneva.

The UNHCR said it is rushing to provide winter assistance to some 500,000 displaced Afghans, returnees and local host communities by the end of 2021.

It has already provided aid including shelter, food, blankets and stove to half a million Afghans this year.

Afghanistan was plunged into crisis in August after Taliban fighters drove out a Western-backed government, prompting donors to hold back billions of dollars in assistance for the aid-dependent economy.

Many Afghans are selling possessions to buy food with the Taliban unable to pay wages to civil servants, and urban communities are facing food insecurity on levels similar to rural areas for the first time.

Aid groups are urging countries, concerned about human rights under the Taliban, to engage with the new rulers to prevent a collapse they say could trigger a migration crisis similar to the 2015 exodus from Syria that shook Europe.