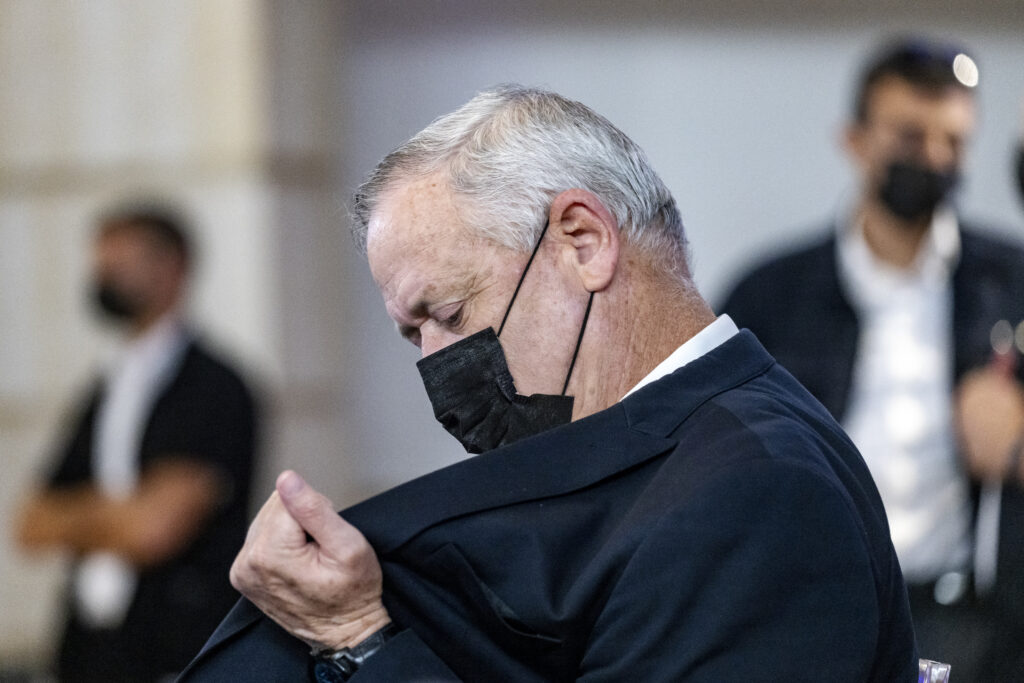 Defense Minister Benny Gantz is reportedly planning a series of moves to strengthen the Palestinian Authority economy in the coming weeks, in a goodwill gesture aimed at currying favor with Washington, according to a Channel 12 report on the weekend.

Gantz will seek to approve additional housing units for Palestinians who live in Area C, which is under full Israeli control, in addition to the 1,300 units that are expected to be authorized on Sunday, according to the report.

Israel would also legalize the status of more undocumented Palestinians, after 4,000 were approved last week, mostly in Yehudah and Shomron, according to the report. There had previously been a decade-long freeze in which almost no such requests were authorized.

Gantz was also planning to expand the work permits for Palestinians to other sectors, including tech; build additional gas stations in Yehudah and Shomron; set up a forum to consider allowing Palestinian tourists into Israel; and other steps, the report said.

According to the report, Gantz will also head to Washington for high-level meetings next month. The defense minister’s visit will likely focus on Iran’s nuclear program, but the approval of new settlement building was also expected to be on the agenda.

Gantz in August met with PA Chairman Mahmoud Abbas, the first such public meeting between high-level Israeli and Palestinian officials in over a decade. At a briefing following the meeting, Gantz called for the PA to be bolstered against the Hamas and other terror groups.

The defense minister in August said Israel had offered to transfer the Palestinian Authority NIS 500 million ($155 million) in order to keep the cash-strapped government afloat.

The arrangement announced by Gantz, which he described as a loan, will allow the Israeli government to effectively circumvent a law passed in 2018 that requires it to offset any payments made by the PA to Palestinians wounded, jailed, or killed by Israel — including avowed terrorists — by withholding the same amount from the Palestinian tax revenue that Israel collects.

Instead, Israel will loan the PA approximately NIS 500 million, and pay itself back next June out of the roughly NIS 600 million ($186 million) it withheld earlier this summer and put in escrow, which was estimated to be roughly the same as what Ramallah paid out in salaries to terror convicts and families of so-called martyrs in 2020.

Also in August the Cabinet voted to increase the number of work permits for Palestinians from Yehudah and Shomron by 15,000 amid calls by Israeli officials to strengthen the ailing Palestinian Authority economy. The new permits were granted to Palestinians working in the Israeli construction sector.