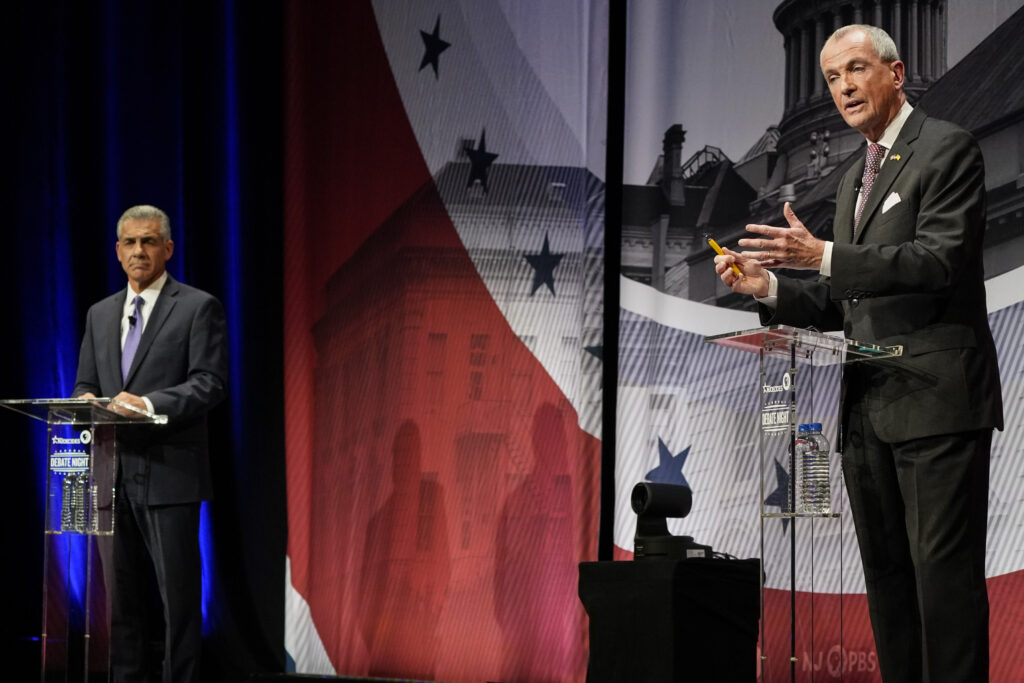 With the governor election next Tuesday, Governor Phil Murphy currently has a 11% point lead over his Republican rival, Jack Ciattarelli.

The Monmouth poll revealed that the incumbent Democrat’s lead has shrunk from 16% in December and 13% in September. Still, Murphy is ahead of Ciattarelli 50%-39% among likely voters.

In a deep blue state, New Jersey has never reelected a Democrat for governor since 1977. Murphy, who previously served as the ambassador to Germany, was elected in 2017. Ciattarelli, a former member of the state Assembly, had lost the primary to run against Murphy in that election, according to NBC 4.

One of the major issues in the election has been New Jersey’s high taxes. Ciatterelli has made lowering taxes the primary message of his campaign, reflecting the 51% of voters who said taxes should be the next governor’s priority.

However, the new poll suggests the Republican’s messaging has failed to catch on with the majority of voters. Murphy has the upper hand on issues such as education and handling the pandemic, the other most pressing issues in the election.

“We’ve had a couple of debates and a slew of advertising since the last Monmouth poll. Ciattarelli has chipped away at Murphy’s lead but hasn’t delivered the knockout he needs,” Patrick Murray, director of the Monmouth University Polling Institute, said in a statement. “Ciattarelli cannot win this race based on registered Republicans and unaffiliated voters alone.”

Ciatterlli would have to rely on a collapse of Democratic turnout for a victory, the poll concluded.

Murphy has maintained a positive rating as governor since the pandemic, with 52% approval and 39% disapproval.

Nonetheless, not all is rosy for Democrats in the state. President Joe Biden’s rating have sunk, with 43% approval  and 49% disapproval.

A video recently released by the conservative organization Project Veritas alleged that behind the scenes, Murphy was intending to implement broad vaccine mandates. The video, recorded by a hidden camera, caught Wendy Martinez, who works for the campaign’s Hispanic outreach, saying, “He’s going to do it, but he couldn’t do it before the elections.”

“The video released tonight appears to show high-level Phil Murphy campaign advisors revealing that the Governor is secretly planning to implement a statewide vaccine mandate if re-elected, but refusing to do so before the election because it would hurt him politically. If true, this is the ultimate hypocrisy and an appalling lack of transparency,” said a statement from Stami Williams,​ ​a spokeswoman for the Ciattarelli campaign.

The Murphy campaign, in an exclusive statement to the Lakewood Scoop, said the video was fake.

“This video does not depict any member of the administration, or anyone involved in public health policy,” the governor’s office said. “The Administration has never had plans, nor is making plans, for a blanket CVOID-19 mandate.”