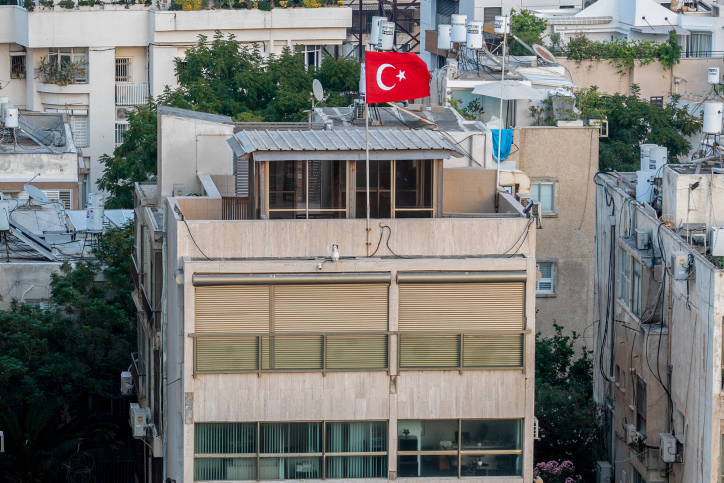 A newspaper in Turkey on Monday released photos of 15 alleged Mossad operatives who were arrested by Turkish authorities earlier this month in a massive crackdown on spy cells.

The pro-government Daily Sabah published the images of who they claim to be the suspects allegedly caught working with Israel’s intelligence agency within its territory.

The same newspaper reported last week that 200 members of Turkey’s National Intelligence Organization (MIT) took part in the operation on Oct. 7, in which they uncovered five cells that had been operating in four Turkish provinces for a year.

According to the report, the senior operative among the arrested, named only as “A.Z.,” is a Mossad officer based in Germany who was allegedly in charge of the network.

A.Z. reportedly had six different aliases, and the other agents, all of Arab descent, received hundreds of thousands of dollars in exchange for information they provided him on the opposition in Turkey.

Among others also arrested in the operation are an agent named as “B.U.T.,” a 21-year-old responsible for gathering information on Arab citizens staying in Turkey; “A.J.A,” a 29-year-old in charge of transferring money sent from Egypt, the United Arab Emirates and the Palestinian Authority; and “A.R.A.,” a 29-year-old who collected information through apps about Arab citizens who lived in luxury housing in Istanbul and passed it on to the Mossad.

Turkish officials said that this was the largest intelligence operation on the country’s soil since the assassination of Washington Post journalist Jamal Khashoggi, which was attributed to Saudi Arabia.