Israel Saar Not Backing Down on Anti-Netanyahu Bill
Israel 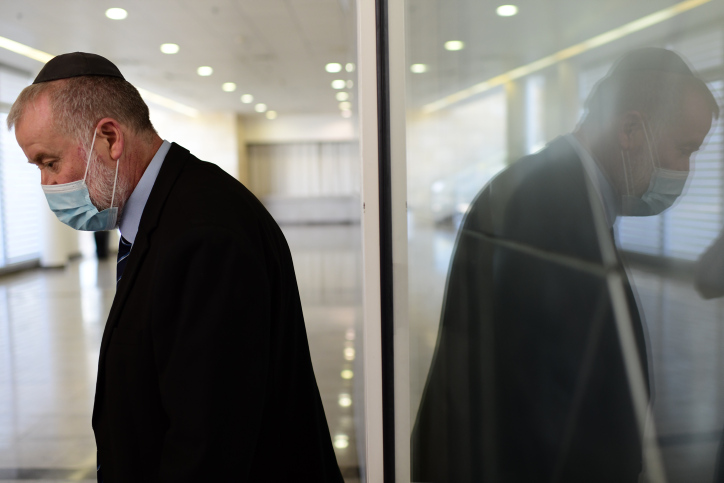 Justice Minister Gideon Saar declared on Thursday that fierce opposition will not deter him from following through on efforts to pass a bill that would bar anyone under indictment from forming a government.

“I am not intimidated by savage attacks and I intend to continue to fulfill my role in favor of the state,” Saar told Ynet.

“My law is at an important juncture. Avoiding its legislation could put Israel back in very dangerous places, which could shatter our state and foundations,” he said.

On Tuesday, Saar released a draft the bill that would block any Knesset member indicted for a crime that includes a minimum sentence of three years and moral turpitude from being tasked by the president with forming a government.

It would also disqualify the person from inclusion in a vote of confidence in a new government or becoming alternate prime minister. The proposed law, if approved, would take effect after the next elections when a new Knesset is sworn in.

The minister denied that the bill is intended specifically to keep opposition leader Binyamin Netanyahu out of power, or that it is related to his own failed struggle for leadership of the Likud and decision to form his own New Hope party last year.

Attorney General Avichai Mandelblit backed the minister’s insistence that the bill is not an anti-Netanyahu measure.

“The amendment isn’t personal, it is general and forward-looking, while including qualifications and oversight mechanisms,” Mandelblit said.

“Additionally, this amendment doesn’t create a precedent out of nowhere. It goes along the path set by [previous] legislation and Supreme Court rulings,” referring to a 1990s ruling that excluded criminal defendants from serving as ministers.

“The suggested law aims to apply the current legal situation regarding the eligibility of other elected officials also to the eligibility of the prime minister,” Mandelblit said. “It ensures statesmanship will prevail over any personal interest.”

Netanyahu’s Likud party responded: “The Iranian law of Gideon Saar is intended to prevent millions of rightwing voters their freedom to vote their choice of a candidate who is supported by a tremendous majority for prime minister. The Iranian law of Saar, who does not even cross the electoral threshold, is not only personal but also anti-democratic and unprecedented among democracies in the world. Its sole purpose is to enable Bennett and Saar, who stole the last election, to steal the next election.”

As a member of the coalition, Saar told Channel 12 that publication of the draft bill was coordinated with Prime Minister Naftali Bennett, though has so far not taken a position on it.

“In fairness, he has not committed to what will happen in the later stages [of legislation], but publishing the draft legislation… was agreed to by the prime minister,” said Saar.

But the bill did elicit a public comment from within Bennett’s Yamina party, as Interior Minister Ayelet Shaked voiced her opposition on Wednesday. “I do not think the attorney general should decide who heads the government,” she said.

That drew a rebuke from Stella Weinstein, Yamina’s director-general, who reportedly issued a message to party members to refrain from commenting on the issue. It would seem to be in line with Bennett’s recent admonitions to coalition partners not “to rock the boat” before the state budget can be passed.

On the other hand, Saar might get help from outside the coalition. Joint List leader Ayman Odeh, remarked: “Shaked only has one finger [in Knesset votes], we have six,” tweeted Odeh on Wednesday. “Gideon Saar, the law can be passed already next week.”

Saar said on Wednesday evening that six out of eight parties in the coalition support the bill, with Yamina and Ra’am undecided. “I’m not the one who would pass this legislation,” he told Channel 12. “The Knesset is the authoritative body. If there is a majority in the Knesset, then the bill will pass.”