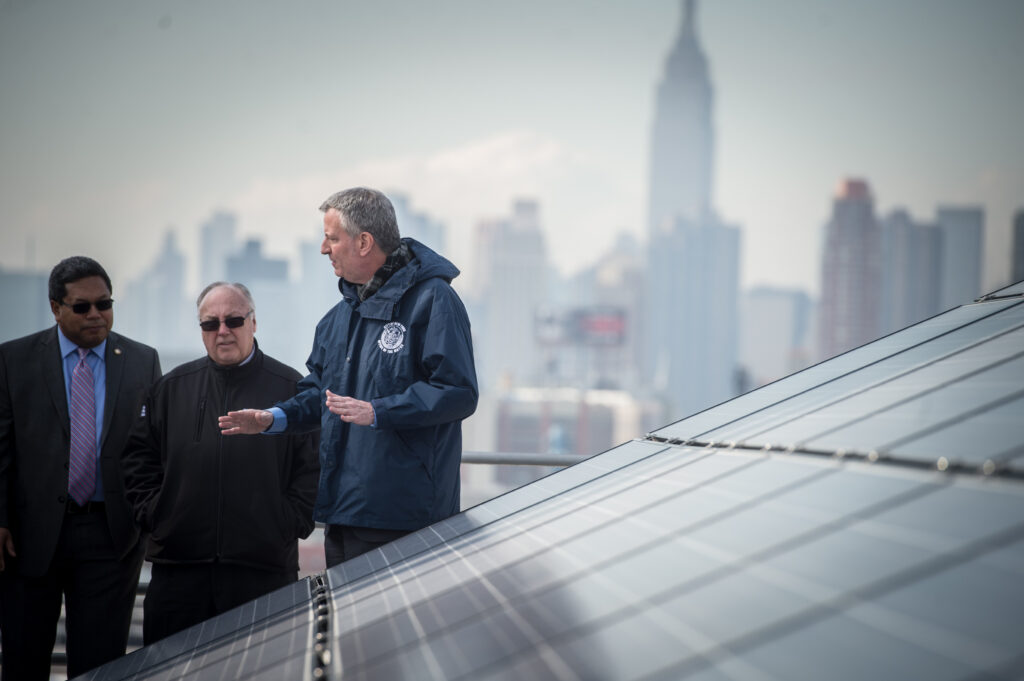 New York City will divest its pension fund from fossil fuel companies and stocks and invest in renewable energy, a financial decision worth $50 billion.

The city intends to reach ‘net zero emissions’ and not profit from polluting energy sources  for its investment portfolio by 2040. It will also double its investments in renewable energy and environmentally friendly projects to up to $8 billion by 2025, and $37 billion by 2035.

“This will be the difference-maker,” said Mayor Bill de Blasio at his press conference on Thursday. “New York City becomes the first in the nation to commit to net zero emissions in our pension fund investments – net zero emissions by 2040…with the money we took away from fossil fuel investments and other funds, we’re focusing on the future – the renewable resources, renewable energy we need.”

“We must act now and act boldly on climate change to protect the long-term interests of our beneficiaries, the sustainability of our pension investments and the stability and growth of the global economy,” said Comptroller Scott M. Stringer in a statement.