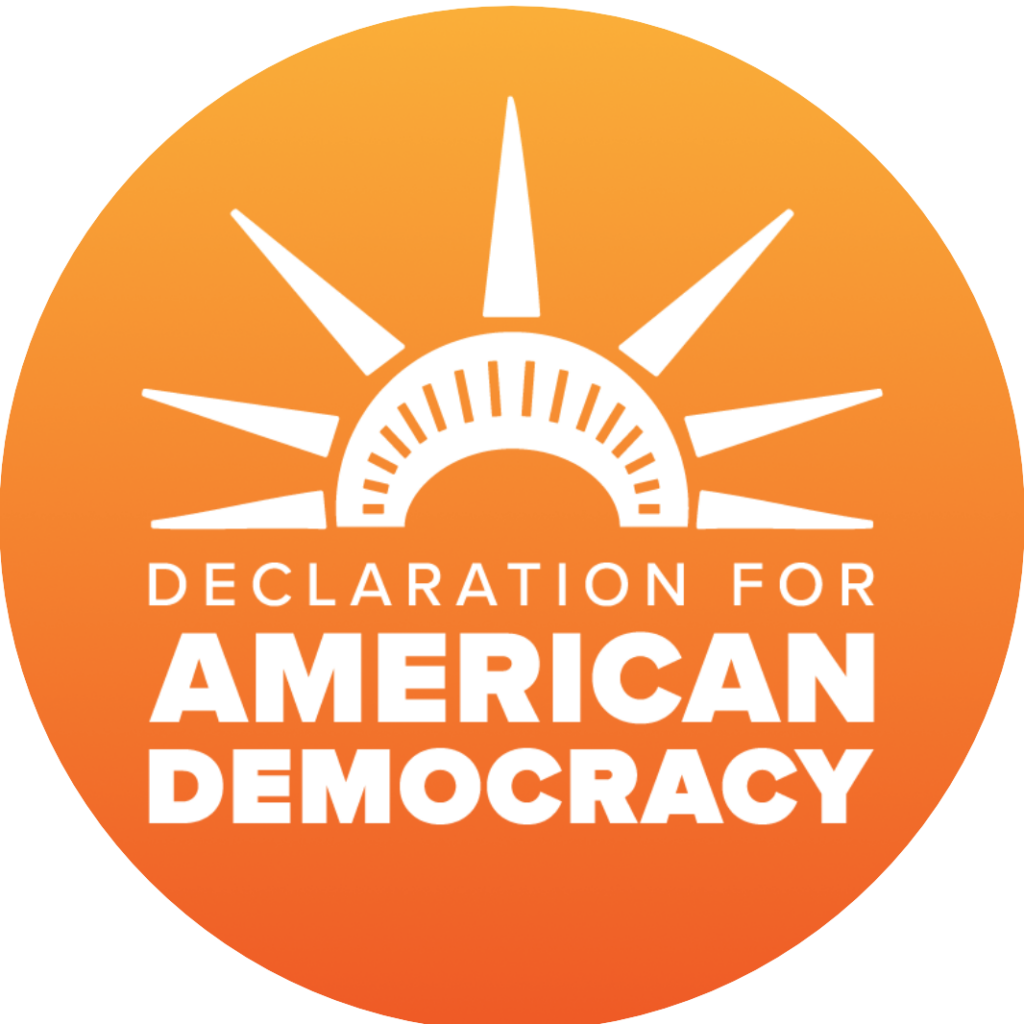 Leaders of two national liberal groups – one focused on climate, the other on voting rights – on Thursday issued statements aimed at trying to keep their diverse movements unified after a controversy erupted related to Israel and accusations of antisemitism.

It centered on a voting rights rally scheduled for late Saturday morning near the U.S. Capitol.

On Wednesday, the D.C. branch of Sunrise Movement, a youth-led climate organization, issued a statement saying it was declining a speaking spot at the Freedom To Vote rally due to the presence of three Jewish groups that “are in alignment with and in support of Zionism and the State of Israel.”

Sunrise DC also asked in its statement for organizers of the Saturday rally to eject the three Jewish groups from their coalition.

The rally is organized by Declaration for American Democracy, a coalition of 230 faith-based and secular groups focused on voting reform, including the Freedom to Vote Act (which was blocked this week from a vote by Senate Republicans), the John Lewis Voting Rights Advancement Act, and D.C. Statehood. There are other Jewish groups in the coalition less vocally supportive of the Israeli state.

“We believe that the fight for statehood and sovereignty are incompatible with Zionism,” Sunrise DC wrote.

Local and national Jewish groups quickly and angrily responded to Sunrise DC on Wednesday, saying its effort to eject groups who support Israel is explicitly antisemitic. A Pew Research report recently showed 82 percent of U.S. Jews say caring about Israel is essential or important to what being Jewish means.

“The ‘opposition to Zionism’ Sunrise DC so proudly espouses constitutes the fundamental denial of the Jewish people’s right to self-determination and is therefore antisemitic at its core,” read a statement by Jewish Community Relations Council of Greater DC, which aims to represent grassroots Jewish organizations in the region. “It is regrettable that Sunrise DC has injected division, acrimony, and hatred into a powerful movement that is uniting Americans from all backgrounds and walks of life to defend our democracy … We condemn Sunrise DC’s suggestion that American Jews who support the right of the State of Israel to exist and flourish be excluded from the civic movements that embody our Jewish values and that we have led and participated in for so long.”

Leaders of the Jewish groups issued statements Wednesday that encouraged voting rights activists to work together in a diverse coalition and to stay focused.

A day after the controversy erupted, the national branch of Sunrise and a spokesperson for the voting rights group organizing the rally Thursday issued statements distancing themselves from the Sunrise DC branch but not explicitly condemning its words

“Sunrise is a movement of young people from all paths of life committed to stopping climate change. … Sunrise Movement is a decentralized grassroots movement. Hundreds of hubs like Sunrise DC exist across the country powered by volunteers, and each of them has the ability to act independently,” Sunrise said Thursday afternoon. It said its DC branch had acted on its own, without showing the statement to the national group first.

“Sunrise Movement believes in organizing and building a movement across divides of class, race, gender, geography, religion, and cultures. As a national movement that supports freedom and dignity for all people, we will always welcome anyone who acts on our principles and chooses to join the fight for collective liberation. We believe that the rights of Palestinians are a part of that struggle and are committed to embracing that struggle together,” the statement read.

Jana Morgan, director of the Declaration for American Democracy, issued a similar statement, calling the voting rights coalition “inclusive … broad, multisector … and it is that very breadth that makes us strong and poised to win the transformative democracy measures that Americans overwhelmingly support and desperately need. All who share our goals and values are welcome in the coalition and will continue to be. We reject any effort to erase any members of our coalition who share our commitment to strengthening American democracy.”

The statement noted that Republicans in Congress just the day before had blocked the Freedom to Vote Act, a Democratic federal voting rights measure that would include national standards for early voting and vote-by-mail, new disclosure requirements for “dark money” groups and the establishment of Election Day as a federal holiday.

The director of the Religious Action Center responded Thursday by calling the lack of clear condemnation “shameful.”

“The (Sunrise) statement and tepid response seem to be an indication that they consider the Jewish community expendable in the fight for social justice and comes perilously close to fomenting antisemitism,” Jonah Pesner wrote.

“Our commitment to voting rights for all Americans is not contingent on who will stand with us. It is deeply rooted in our Jewish faith, and we refuse to let the actions of one organization distract us from our mission to protect access to the ballot for everyone.”

Pesner said Jewish groups that work on voting rights issues is not in conflict “with our tireless work fighting for the human rights of Palestinians and a peaceful resolution to the Israeli-Palestinian conflict.”

Liberals are divided on a number of issues, and Democratic wins in the 2018 and 2020 elections made it clear those gaps would surface quickly. Among them are debates within the climate movement about what constitutes racism and colonialism.