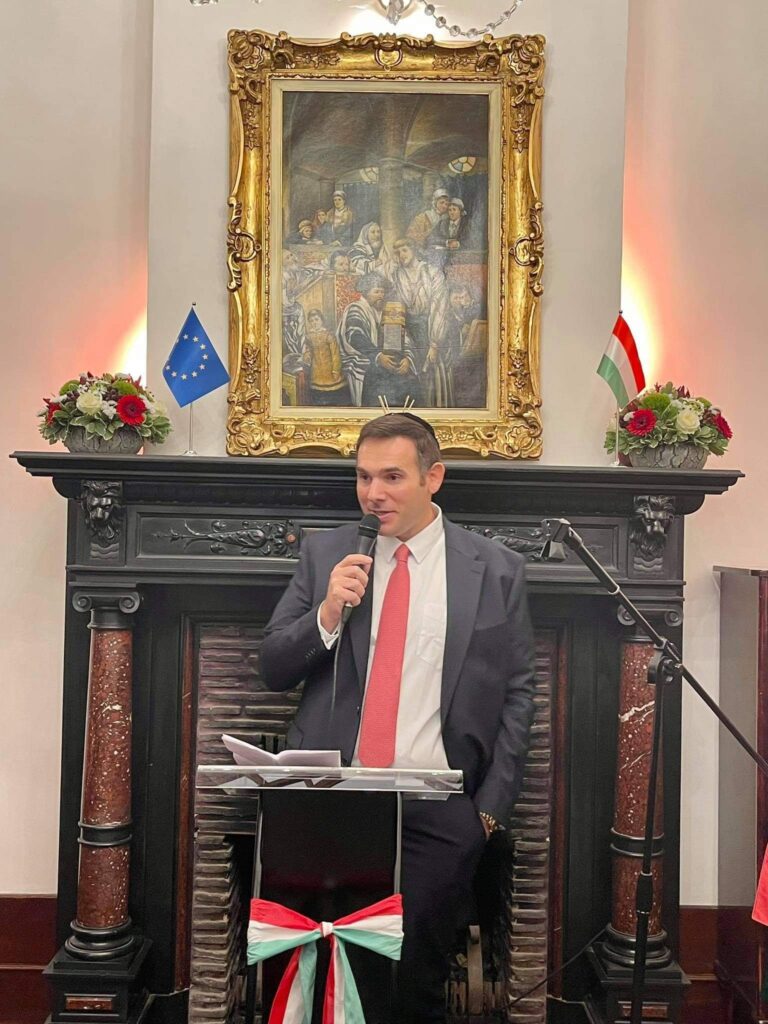 Ari Epstein, the CEO of the Antwerp World Diamond Center, has been appointed the Honorary Consul of the new Hungarian consulate in Antwerp.

Epstein was appointed by Hungarian Ambassador to Belgium Tamás Iván Kovács, and will be responsible for cultivating economic and cultural ties between Hungary and Belgium’s Flanders region.

As part of his new position, Epstein has created the World Institute for Hungarian Jews, which seeks to connect the Jewish communities in Antwerp and Hungary. As many as 50% of Antwerp Jews have Hungarian roots.

At the consulate’s inauguration ceremony, Rav Aryeh Tessler presented his book about the connections between the two countries.

“Our hope is that the book will contribute to the knowledge of Antwerp’s Jewish community’s Hungarian roots and help revive the connection with the past in the present,” Epstein said. “Hungary has been a home for Jews for over a thousand years and Jews have constituted about 5% of the Hungarian population since the beginning of the 20th century.”

“I had the great honour to participate in the inauguration ceremony of the Honorary Consulate of Hungary in Antwerp,” Nachshon tweeted.

“Ari makes us all proud,” Freilich, who is an observant Jewish member of Parliament, told an Israeli reporter.