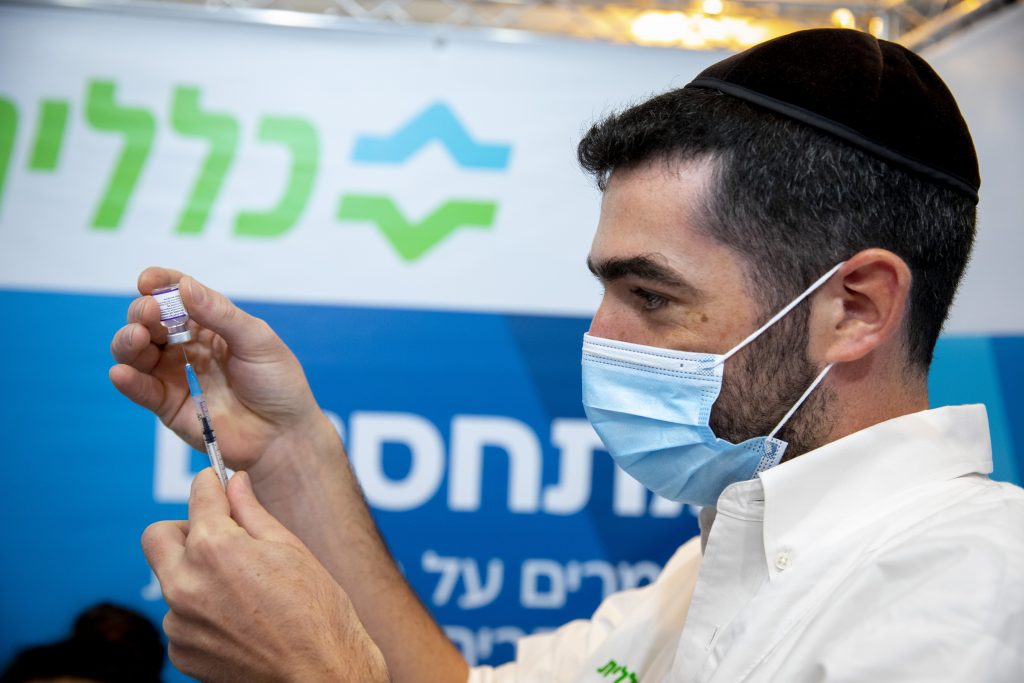 Four months into one of its worst coronavirus outbreaks, Israel is seeing a sharp decrease in morbidity and severe illness, aided by the third vaccine shot campaign.

The Health Ministry reported on Friday that of the 89,942 Israelis it screened for the virus the day before, only 1,325 tested positive, meaning that 1.48% of tests processed in this period turned out positive, the lowest since mid-July.

As of Friday morning, there were 20,891 active cases in the country, with 544 patients hospitalized. The hospitalized patients included 198 who were listed in critical condition and 164 on ventilators. The R (reproduction) rate, which relates to the number of people each confirmed carrier infects, stood at 0.75.

From the beginning of October, 185 Israelis have lost their lives to the virus, 83% of whom were either completely unvaccinated or had not received a booster shot.

A fourth COVID wave, fueled by the highly contagious Delta variant, hit the country in June.

Rather than imposing a lockdown, Prime Minister Naftali Bennett bet on a national booster shot campaign for Israelis over the age of 12. The government also mandated face masks and reinstated the so-called “green pass” vaccination certificates that only allow fully vaccinated Israelis and those who recovered from the virus to visit restaurants and entertainment venues.

Since peaking in early September, daily infections in Israel have fallen more than 80%, with severe cases nearly halved.

“Day by day we are overcoming the Delta wave,” Bennett said on Tuesday, crediting government policy for “precise, smart and flexible management allowing life alongside the coronavirus.”

The government’s “life alongside COVID” strategy – which has not come without cost or controversy – has kept schools and the economy open.

On Thursday, the ministry presented the latest safety data from its booster campaign to a panel of advisers at the Food and Drug Administration considering authorization of additional booster shots.

The data shows that among people over 60 – the first group to have received the third shots – infections began declining rapidly about two weeks after the doses were administered, while morbidity was still climbing among other age groups.

Two months into the latest wave, vaccinated people over the age of 60 made up more than half of severe COVID cases. The majority were over 70 with health conditions that put them at higher risk.

Since the administration of boosters, mostly unvaccinated, often younger, people are bearing the brunt of serious illness. They currently make up about 75% of hospitalized patients in severe condition, while those vaccinated with two or three shots account for a quarter of such cases.

“These include the mask mandate, the ‘green passes’, and massive testing. But undoubtedly, the most impactful factor in bringing down the Delta wave was the national vaccination campaign with booster doses,” he said.

Nevertheless, Bennett has been criticized by some scientists for rejecting tougher measures that would have kept Delta infections lower from the start. They included government health officials who feared the “life alongside COVID” policy exacted too heavy a toll.

“Over 1,400 people have died in this wave. So as much as there are benefits to keeping the economy open, it also comes at a price,” Director of Public Health Services at the Health Ministry Dr. Sharon Elroi Preiss said.

By September, hospitals strained to care for COVID patients that could have perhaps been avoided, doctors and health officials said.

“It’s a good policy, but it has its price,” said Yael Haviv-Yadid, head of the critical care ward at Ramat Gan’s Sheba Medical Center, whose unit saw an influx of young, unvaccinated patients. “The teams are very tired and burnt out.”

In any case, Balicer cautioned that “Israel was the first country to deal with the combined challenge posed by the Delta variant and mass waning immunity, but it is definitely not the last.

“Other countries will face this complex challenge and will have to figure out their own ways of dealing with it,” he added, “and the price could be high.”