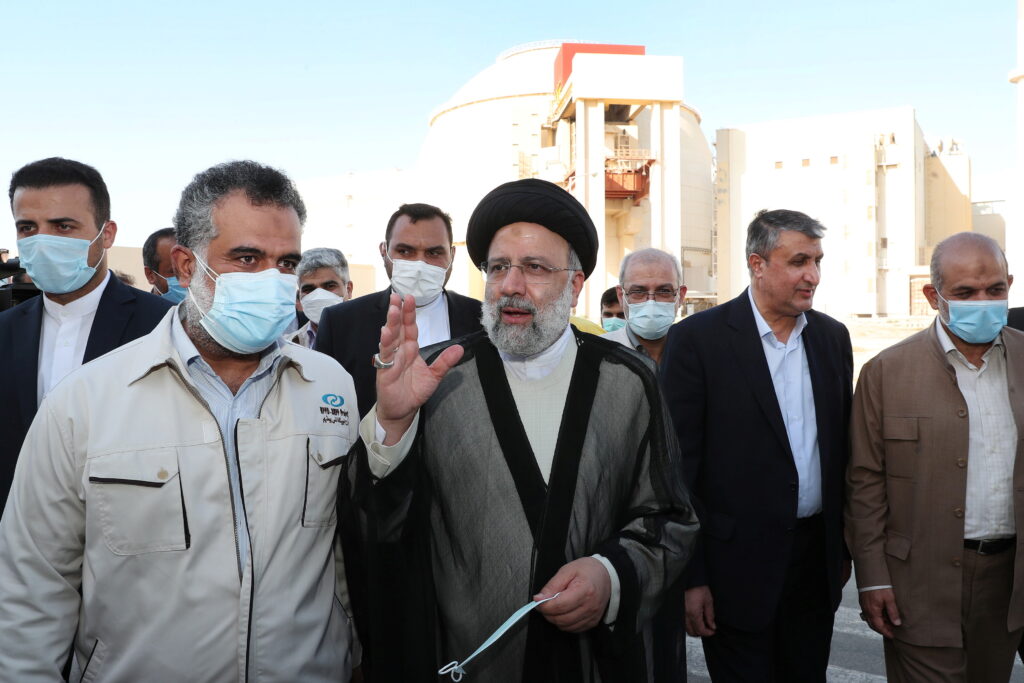 The United States is ready to consider “all options” if Iran is unwilling to return to the 2015 nuclear deal, U.S. Special Envoy for Iran Rob Malley said on Wednesday in what may reflect a tougher stance toward Tehran’s new government.

In addition to using the phrase “all options,” which is typically intended to include the possibility – however remote -of military action, Malley also said the United States and Israel were united in opposing Iran developing a nuclear weapon.

Beyond citing U.S. consultation with Israel, which has previously struck nuclear sites in Iraq and Syria, Malley also said he would soon travel to Saudi Arabia, the United Arab Emirates and Qatar to coordinate with the U.S. Gulf allies.

“We will be prepared to adjust to a different reality in which we have to deal with all options to address Iran’s nuclear program if it’s not prepared to come back into the constraints” of Tehran’s 2015 nuclear deal with six major powers, he said in a virtual appearance at a Washington think tank.

Taken together, the comments suggested a more coercive rhetorical stance toward Tehran if it were unwilling to resume compliance with the deal, under which Tehran had agreed to limit its uranium enrichment program – which is a possible pathway to fissile material for a weapon – in return for sanctions relief.

Malley stressed it was still Washington’s preference for the United States, which abandoned the nuclear deal in 2018 during the Trump administration, and Iran, which began violating its nuclear limits about a year later, to both resume compliance.

“There is every possibility that Iran will choose a different path, and we need to coordinate with Israel and other partners in the region. I will be traveling to Saudi Arabia, UAE and Qatar in just a matter of days to talk about efforts to come back to (JCPOA) and what options we have to control Iran’s nuclear program if we can’t achieve that goal,” Malley said.

He said the two sides had made headway in their first six rounds of indirect talks in Vienna about reviving the deal, but he suggested the new Iranian government under President Ebrahim Raisi, who took office in August, may adopt a different stance.

Raisi’s aides have said Iran will return to Vienna “soon” but not set a date.

The European Union coordinator on Iran, Enrique Mora, plans to hold talks in Tehran on Thursday, a visit that comes at a critical time in efforts to revive nuclear talks with world powers and cannot be considered as “business as usual” given the worsening nuclear situation on the ground, E3 diplomats said.

“We do not see this visit as ‘business as usual,’ but rather as a crucial visit in the crisis,” diplomats from Britain, Germany and France said in a note on Wednesday.