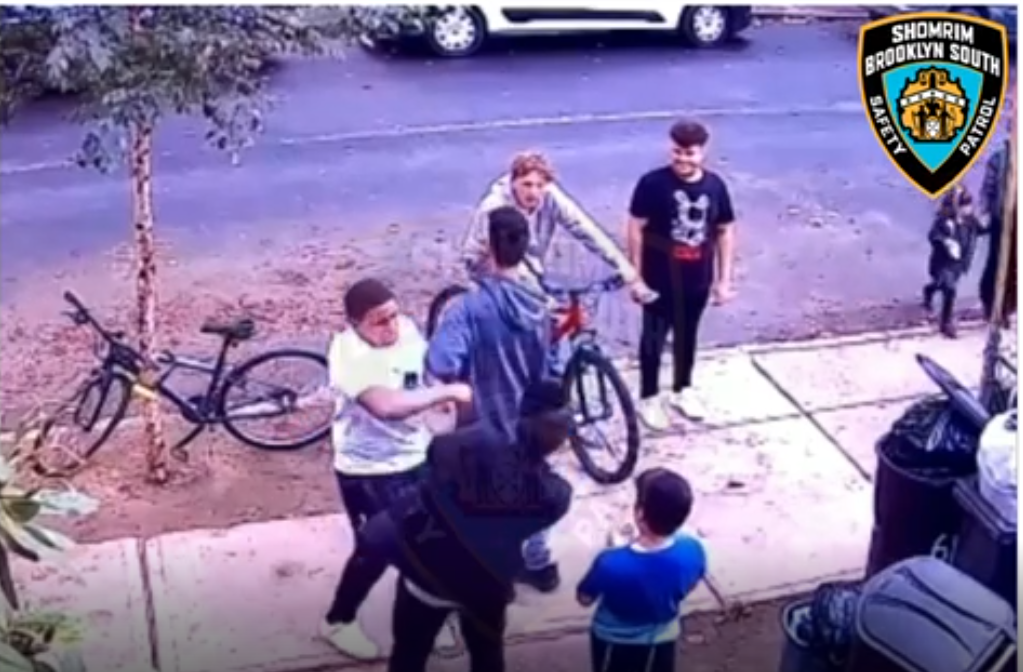 A 14-year-old has been arrested for punching a Jewish teen in Kensington on Sunday.

The incident, captured on surveillance video released by Shomrim, occurred Sunday afternoon on East 3rd Street between Cortelyou Road and Ditmas Avenue. A group of teens stand near the Jewish teen and a young Jewish boy, and one of the group exchanges words with the Jewish teen before punching him.The victim did not appear to be seriously injured, staggering back a step after the punch but remaining standing and continuing to speak with the assailant.

Both the victim and alleged assailant were 14 years old.

The alleged perpetrator was arrested Tuesday and charged with assault.