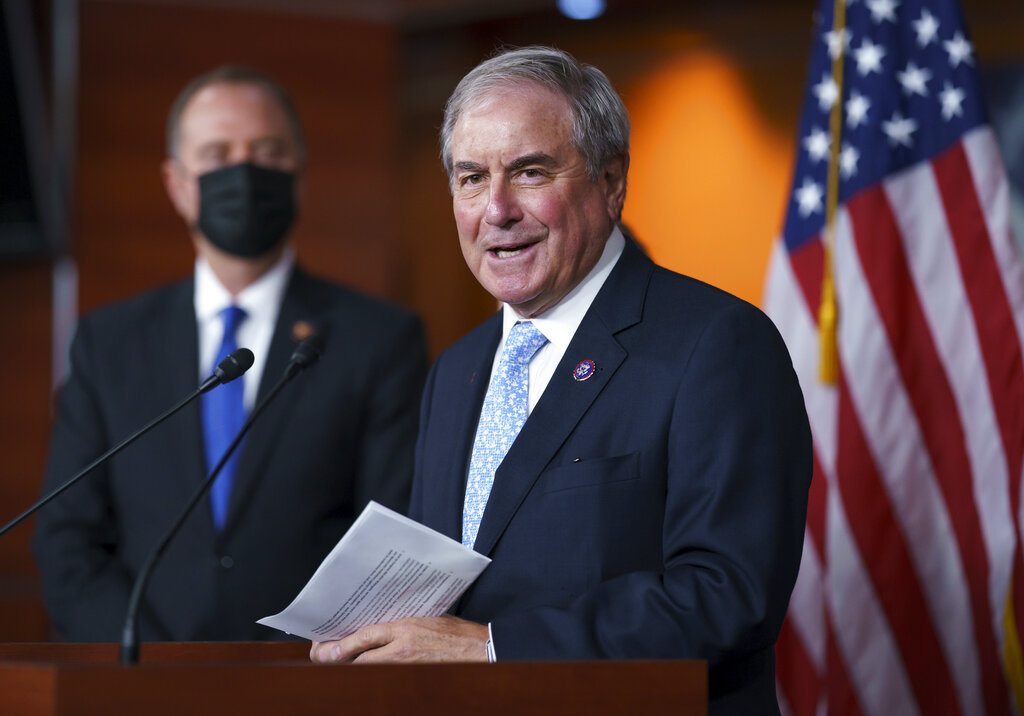 Democratic U.S. Rep. John Yarmuth, the influential chairman of the House Budget Committee who has played a key role in pushing for President Joe Biden’s efforts to expand the nation’s social safety net, announced Tuesday that he will not seek another term in next year’s election.

Yarmuth, first elected to Congress in 2006, when he unseated a Republican incumbent in the Louisville-area district, said he wanted to spend more time with his family.

The top-ranking Democrat in Kentucky’s state Senate quickly announced that he would run for the seat.

Yarmuth, who will be 75 when his final term ends, said he’s in excellent health but acknowledged that the “significant physical demands” of the job will become even more challenging.

“The truth be told, I never expected to be in Congress this long,” he said in a video posted on Twitter. “I always said I couldn’t imagine being here longer than 10 years. After every election I was asked how long I intended to serve but I never had an answer. Today I do. This term will be my last.”

Yarmuth is the only Democrat serving in Kentucky’s congressional delegation. He had already drawn a primary challenge from state Rep. Attica Scott, but the veteran congressman had been considered the prohibitive favorite for reelection in 2022.

His Louisville-area district is one of the few remaining Democratic strongholds in Republican-leaning Kentucky. But the state’s GOP legislative leaders have not revealed their plans on how to redraw congressional boundaries after the 2020 Census.

State Sen. Morgan McGarvey, the top-ranking Democrat in the GOP-controlled Kentucky Senate, quickly announced on social media that he will run for Yarmuth’s seat next year.

Yarmuth said his focus for the remainder of his time in Congress will be on furthering his efforts on domestic policy.

“While I have just become a lame duck, I intend to spend the next 15 months working hard to build on my proudest moment: the passage of the American Rescue Plan,” he said, referring to the legislation that provided massive relief for U.S. citizens during the coronavirus panjdemic.

Yarmuth said the Congress can “still do much more for the American people.”

“And since that progress will unfortunately not be done on a bipartisan basis, my chairmanship of the House Budget Committee puts me in a pivotal position to help build an even better future for our citizens,” he said.

Yarmuth has headed the influential Budget Committee since Democrats retook control of the House in 2019 and had easily won reelection in recent cycles, as his district became increasingly blue.

His departure means his party will likely have to work harder to retain his seat, and he becomes the latest in a series of Democrats to announce they are leaving the House next year. Many hail from swing districts that could flip Republican and may even ultimately shift House control to the GOP.

Next year’s midterms were already shaping up as potentially tough for Democrats given that the party that wins control of the White House typically losses congressional seats in subsequent elections, as President Donald Trump and Republicans did in 2018.

Yarmuth joins the likes of Pennsylvania Rep. Conor Lamb, who is retiring as he runs for his state’s open U.S. Senate seat, and Wisconsin Rep. Ron Kind, who is stepping away from more rural territory that may also prove tough for his party to win in his absence. Some House Republicans have also announced they won’t seek reelection, but more Democrats have announced plans to leave the chamber.