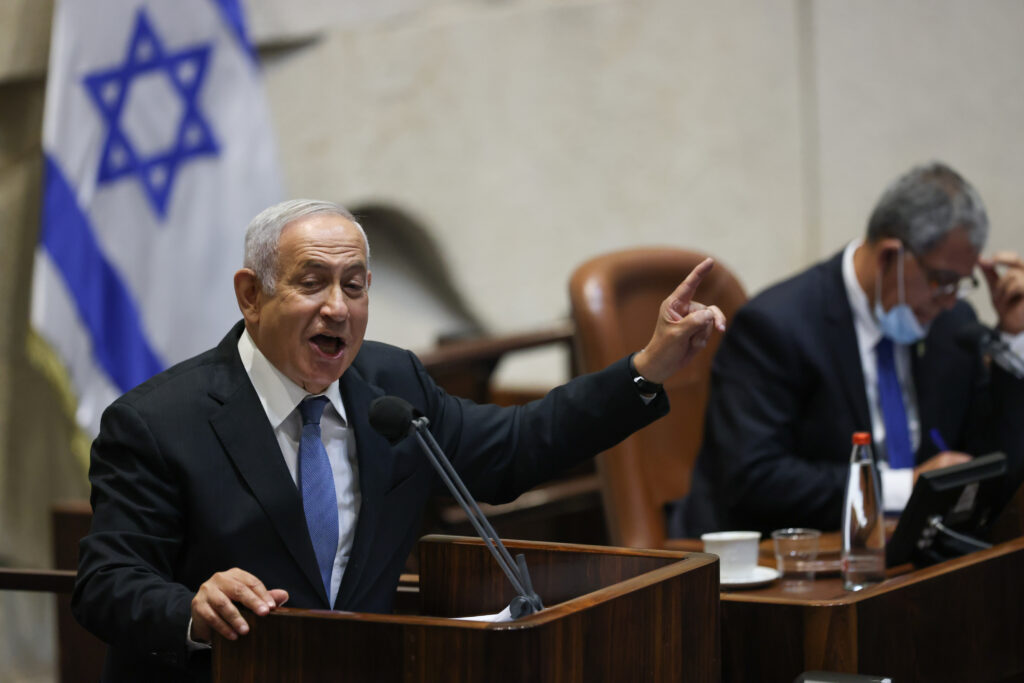 An acrimonious exchange between Prime Minister Naftali Bennett and Opposition Leader Binyamin Netanyahu dominated a session in the Knesset on Monday which was ostensibly about the state budget.

Bennett was there to face opposition questions about the budget after 40 signatures were gathered, the prerquisite for calling a prime minister into the plenum.

But budget issues were quickly obscured by personal attacks and counter-attacks.

“Where is the money for drafted soldiers, for small businesses, for everything else? It has been given to the Islamic movement, that’s where,” charged Netanyahu, referring to massive allocations promised to the coalition’s Ra’am party.

Netanyahu claimed that Bennett is not a “real” premier.

“Bennett sits in the prime minister’s chair and says he’s leading, but in practice he does not determine anything… He may be a prime minister by title, but he isn’t a real prime minister,” says Netanyahu. “It’s pathetic and… maybe even dangerous.”

“There is no limit to your lack of self-awareness,” Bennett retorted. “This government approved in its first reading the most socially [minded] budget we’ve had in years. This [the approval of a state budget] hasn’t happened since March 2018,” he noted, the period during which the government led by Netanyahu failed to pass a budget and the ministries had to rely on extensions of the 2018 framework.

Several opposition lawmakers were ejected from the chamber for disorderly conduct such as heckling.

The government has until November to finalize the budget and have it approved in its second and third readings, or the coalition automatically dissolves and new elections are called.