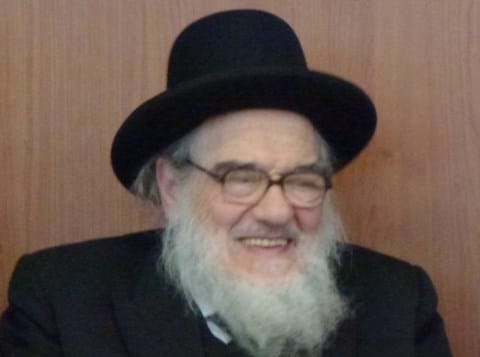 Hamodia is saddened to report the petirah of Hagaon Harav Avraham Erlanger, zt”l, Rosh Yeshiva in Kol Torah in Yerushalayim and mechaber of Birchas Avraham. He was 90 years old.

Harav Erlanger took ill on Erev Yom Kippur with COVID, and was hospitalized in at Shaare Zedek Medical Center, where his conditioned deteriorated.

Rav Erlanger was born in Switzerland on 6 Teves, 5692/December 16, 1931 to Harav Shimshon Raphael, who was the son of Reb Avraham, a leader of Orthodox Jewry in Switzerland at the time. He married Rebbetzin Miriam nee Yakubovitz, the daughter of Harav Chaim Yosef, a rosh yeshiva in Frankfurt.

After he immigrated to Eretz Yisroel, he became one of the first talmidim of Harav Berel Soloveichik, zt”l (the son of the Brisker rav, zt”l).

Rav Avraham was appointed as a magid shiur in Yeshiva Kol Torah, where he delivered shiurim for decades. He published numerous volumes of Birchas Avraham on many masechtos, including on several masechtos not commonly learned in the sidrei hayeshiva. In addition to his shiurim, he delivered sichos mussar in the yeshiva and his house, as well as in Kaminetzer Yeshiva near his home. He published several seforim on mussar, including three volumes of sichos, Maor Hashaar on Shaarei Teshuvah of Rabeinu Yonah, and Maor Hamesilah on Mesilas Yesharim.

Rav Erlanger left over a prestigious family of sons, sons-in-law and descendants who are renowned as talmidei chachamim.