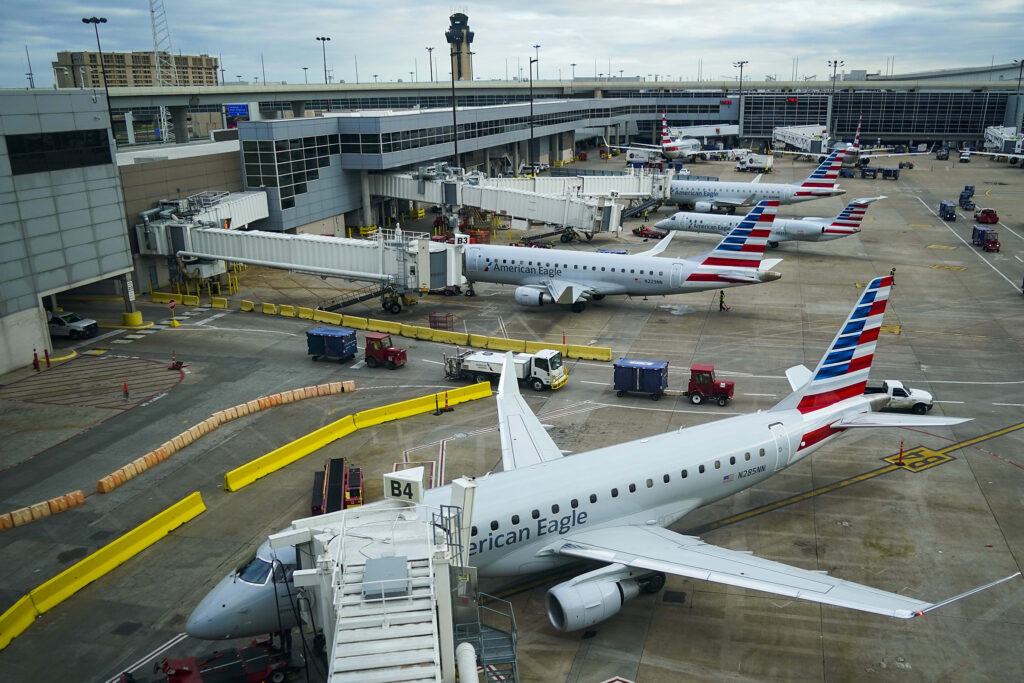 A passenger aboard a Republic Airways flight from Indianapolis was taken into custody on the tarmac of LaGuardia Airport, shortly after the plane touched down Saturday afternoon.

Authorities said another passenger had reported the man acting suspiciously and erratically, prompting the pilot to declare an emergency landing and halting the airplane on the taxiway short of its intended gate around 3 p.m.

“This was in response to reports by passengers of suspicious and erratic behavior by a fellow passenger,” said Thomas Topousis, the spokesperson for the Port Authority of New York and New Jersey, which operates the airport.

Video posted on social media showed a man spread-eagled face down on the runway asphalt as a pair of emergency personnel knelt beside him. The man did not appear to resist.

Other passengers appeared bewildered by the scene as they were escorted away from the plane.

In an email, a spokesperson for the U.S. Department of Homeland Security said “nothing harmful was on the aircraft.”

Republic Airways said Flight 4817 was operating under the banner of American Airlines and that the onboard incident occurred near the end of the flight, a roughly 2-hour trip from Indianapolis to LaGuardia.

“Upon exiting the active runway, the aircraft stopped on a taxiway and conducted a precautionary emergency evacuation,” Republic Airways said in a statement. “Law enforcement and first responders met the aircraft and the passenger involved in the incident has been taken into custody.”

There were no injuries to any of the 78 passengers and four crew members aboard the flight.