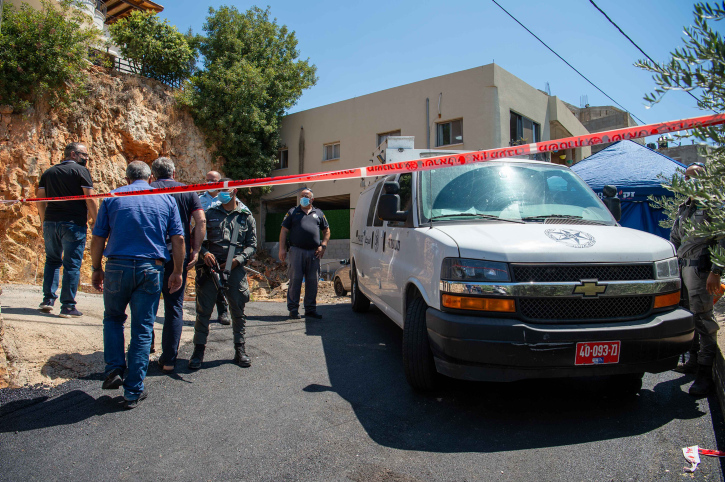 A recent government proposal seeking to task the Israel Security Agency with dealing with surging crime rates in the Arab sector has drawn both criticism and praise but it may prove legally unfeasible, Yisrael Hayom reported.

On Sunday, the government decided to involve the Shin Bet, as well as the IDF, in the fight against organized crime in the Arab sector, saying their primary mission will be to collect illegal weapons, the easy availability of which is fueling criminal violence, which has claimed 96 lives since the beginning of 2021.

Maj. Gen. Jamal Hakroush, head of the unit fighting crime in the Arab sector, said Tuesday, “You won’t see the IDF or the Shin Bet on Arab streets. The treatment and authority still rest with the police, but we need backup.

“We want the Shin Bet to assist, and regarding weapons, we will be the ones implementing the raids,” he stressed.

The IDF, for its part, will focus on preventing cross-border weapons smuggling, as well as the theft of weapons from military bases and attempts to smuggle them into Israel from the territories.

The war against crime in the Arab sector should start with youths, Hakroush argued, saying that this segment of the population is “a ticking bomb.”

“More than a third who finish high school remain on the street without work. It’s easier for them to reach crime,” he said. “We are asking for the treatment of youths before they are thrown to the street.”

Regional Cooperation Minister Issawi Frej (Meretz) told Kan News that “personal security is the most important thing, hence I am in favor of the Shin Bet coming in to reduce crime in Arab society.”

Still, involving the Shin Bet in the fight against organized crime in the Arab sector may not be legally possible at all, as Attorney General Avichai Mandelblit has ruled such action does not fall under the agency’s purview.

Following the government’s decision on the matter, the Association for Civil Rights in Israel called on Mandelblit to rule on the issue, and he has found that as fighting crime is not part of the Shin Bet’s duties under the General Security Service Law, the agency cannot take part in such efforts, even in cases involving severe crime in the Arab sector.

“The issue of expanding the Shin Bet’s jurisdiction is not being discussed at this time,” he said in his response to the ACRI’s petition.

“At the meeting of the ministerial staff, it was decided that the security service will continue to operate in certain aspects related to the issue, which it routinely deals with as part of its mission under the law, along with actions to increase coordination and cooperation between government agencies and various relevant bodies,” the attorney general said.

The ACRI welcomed the decision, saying that Mandelblit, too, “understands that involving the Shin Bet in the fight against crime in the Arab sector would create a dangerous precedent. We will keep monitoring the situation closely to ensure that the Shin Bet isn’t inserted into this matter using some creative interpretation of its authorities.”