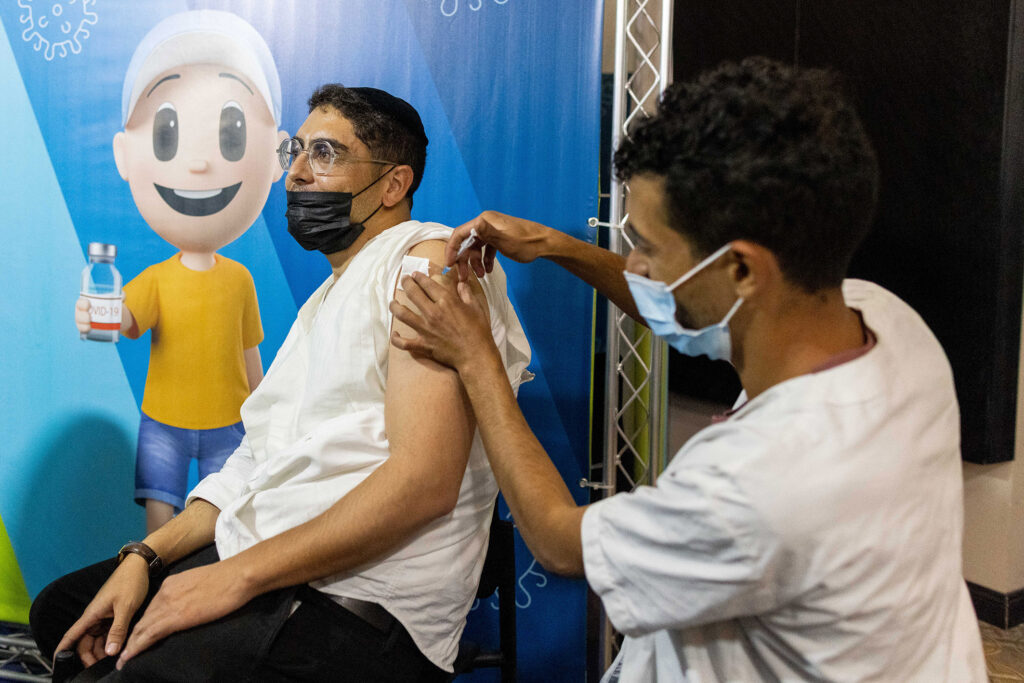 Just one out of 2.5 million Israelis aged 16 and over who were vaccinated through Clalit Health Services suffered from serious heart inflammation after the fact, according to new research published in The New England Journal of Medicine on Wednesday. The remaining cases were either moderate or mild. Young men aged 16 to 29 were the most likely to develop myocarditis.

The heart inflammation was identified in 54 individuals, three of whom were women. For every 100,000 men inoculated, 4.12 suffered from the side effect. Among women, 0.23 of 100,000 women experienced the side effect.

Among those who experienced heart inflammation, 69% did so after their second dose.

Among young men aged 16 to 29 who received the vaccine, the age group most likely to experience the side effect, 10.7 of every 100,000 suffered from myocarditis.

The study was unique in that it followed those who experienced myocarditis for a period of 12 weeks.

That individual, a young man in his 20s, needed to be hooked up to an ECMO machine, although he was taken off the machine later on.

The research was conducted in cooperation with Professor Ran Kornowski, director of the Rabin Medical Center’s Cardiology Center, hospital physicians, and researchers from the Clalit Research Institute.

“In this study, we can see the morbidity rated in various age groups and the fact that cardiac function was not impaired in the short- and medium-term. It is also important to remember that in the earlier study, we also demonstrated increased morbidity rates for myocarditis after contracting the coronavirus,” Professor Ran Balicer, Clalit Research Institute director and chief innovation officer at Clali Healthcare Services and a member of the expert panel advising the government on the coronavirus, said.

A separate Israeli research study carried out among 5,000 employees at Shema Medical Center at Tel Hashomer that appeared in The New England Journal of Medicine pointed to antibody levels diminishing for a period of six months after inoculation. The decrease in antibody levels was found to be significant and ongoing. The research found that the antibody levels decreased sharply at first, and from the third month after receiving the second dose of the vaccine although at more moderate rates.