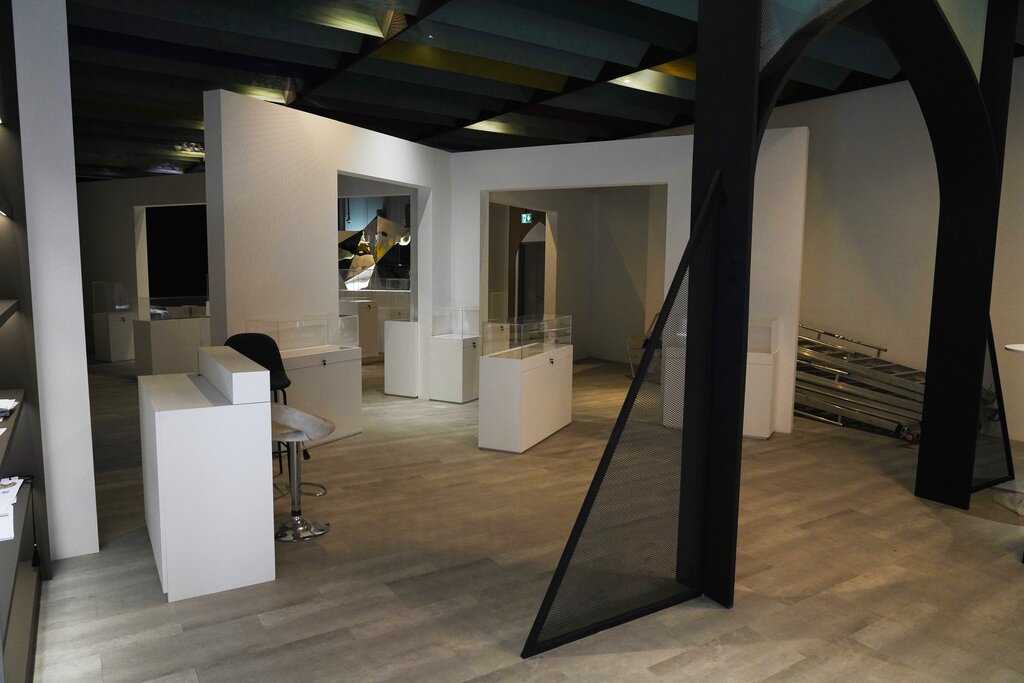 Iran wants you to put politics aside and marvel over its ornate carpets. Syria wants you to forget about its brutal war and learn about the world’s first alphabet. Yemen, on the brink of famine, is very excited about its honey and coffee.

Welcome to Dubai’s Expo 2020, the first world’s fair in the Middle East that boasts over 190 participating countries — except Afghanistan, whose new Taliban rulers are a no-show.

Dubai has gambled billions to make the built-from-scratch Expo village a triumphant tourist attraction and symbol of the United Arab Emirates itself — a feast for the eyes designed to be devoid of politics and built on the promise of globalization. But even as nations use their pavilions as benign infomercials, the political turbulence of the wider world manages to intrude.

“We had one bullet to shoot,” said Manahel Thabet, Yemeni pavilion director. “We wanted to present Yemen in a different manner … to demonstrate the people and not any political agenda.”

But the winding journey the exhibit’s handicrafts took from the nation’s rebel-held north to the sleek Emirati-funded pavilion betrays a very different Yemen. Merchants described harrowing nights trekking with Expo-bound sacks of stones, spices and honey through the battlefields of Marib, Yemen’s last government stronghold now under siege by the Iran-backed Houthi rebels.

After the UAE announced it would normalize relations with Israel last year, infuriating the Palestinians and upending a long-standing Arab consensus, the Palestinian Authority declared it would boycott Dubai’s Expo.

And yet just a two-minute stroll from Israel’s mirrored arch, the PA’s pavilion stands tall, its vast exterior painted with Arabic calligraphy claiming: “Yesterday it was called Palestine. Today it is called Palestine.”

When asked what prompted the about-face on the participation, staffers said it was decided that a Palestinian absence at the massive world’s fair would be worse.

While many countries received invitations to participate in Expo almost immediately after Dubai won the bid in 2013, Syria said it was invited just two years ago — not long after the UAE reopened its embassy in Damascus in a sign of improved ties with President Bashar Assad following years of devastating civil war. It was the last nation to begin construction.

Staffers at the black box theater, replete with inspiring slogans like “we will rise together” and lengthy explanations of ancient Mesopotamia’s written alphabet, lamented the last-minute scramble and lack of funds. Noting that Assad was focused on rebuilding Syria’s shattered cities, pavilion designer Khaled Alshamaa said the government provided largely “moral support.”

Other politically sensitive pavilions have struggled even to show up.

North Korea is nowhere to be found. The pavilion for Libya, which slid into violent chaos after a NATO-backed uprising toppled longtime dictator Moammar Gadhafi in 2011, still reeks of fresh paint. Display cases sit empty but for layers of thick dust and screens flicker between children’s cartoons and static scenes of Tripoli’s beaches.

Signage points toward Afghanistan, but its pavilion appears closed — nothing more than a sparse showroom for office furniture. The country’s previous government had arranged the pavilion before the Taliban overran Kabul in the final days of the U.S. troop withdrawal on Aug. 15, forcing President Ashraf Ghani into exile in the UAE and scrapping plans for an Expo showcase, among other things.

At the exhibit for the Islamic Republic of Iran, a female staffer beams at visitors, gushing that her trip to the surreal theme park is her first time out of the sanctions-hit country. Although the booth features portraits of Iran’s past and current supreme leaders, the showcase for the Shiite powerhouse makes no mention of religion, nor the nation’s other sources of pride like its contentious ballistic missile and nuclear programs.

Perhaps the Iranian pavilion presents the most fitting metaphor for Expo. In one room, visitors must peer through tiny holes in the wall to view real-life scenes from Iran, where nameless people dig vast copper mines, stroll calmly along village roads and weave colorful textiles. The brief, optimistic glimpses offer nothing more or less than what the country wants you to see.