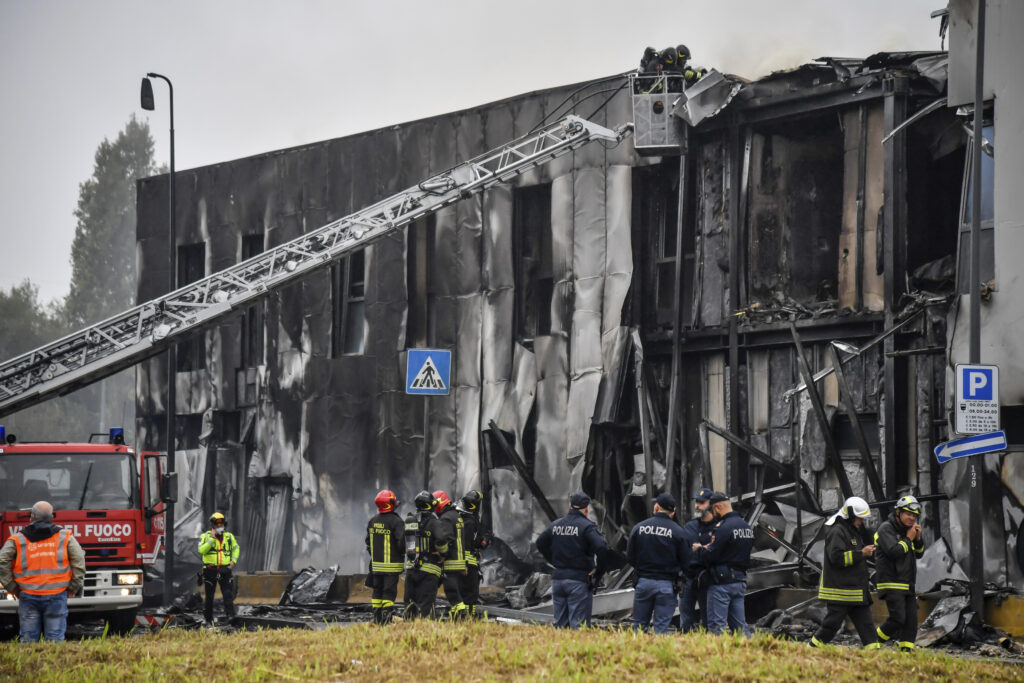 A small private plane carrying six passengers and a crew of two crashed Sunday into a vacant, two-story office building in a Milan suburb, and Italian news reports said all aboard perished.

The LaPresse news agency initially quoted firefighters at the scene saying the pilot and all five passengers aboard were killed. But later LaPresse and other media said there were eight people aboard the flight, including a boy.

Rai state media said the passengers were believed to be French.

Fire officials couldn’t immediately be reached to confirm the nationalities or the number of people aboard the plane.

Firefighters tweeted that no one other than those aboard were involved in the early afternoon crash near a subway station in San Donato Milanese, a small town near Milan. They said several cars in a nearby parking lot were set ablaze, but apparently the vehicles were unoccupied at the time.

A thick column of dark smoke rose from the crash site and was visible for kilometers.

Firefighters were extinguishing the flames of the now-charred building, which reportedly was under renovation.