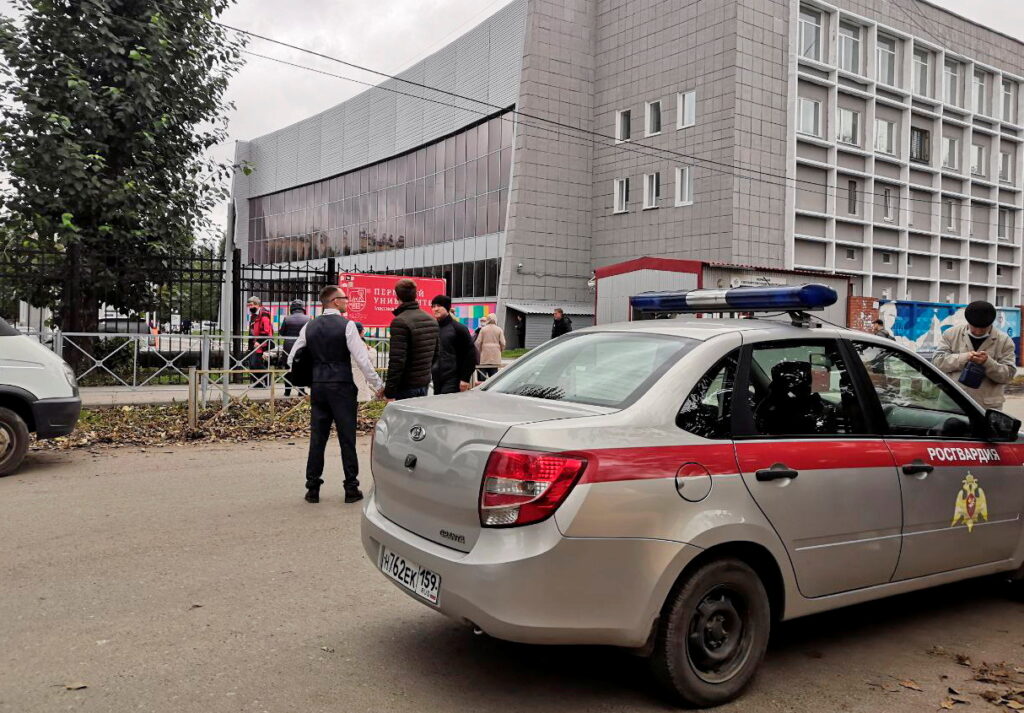 A gunman opened fire in a university in the Russian city of Perm on Monday morning, leaving eight people dead and others wounded, according to Russia’s Investigative Committee.

The gunman has been detained, the Interior Ministry said.

The Perm State University press service said the perpetrator used a so-called “traumatic” firearm; such guns are designed to fire non-lethal rubber or plastic projectiles, but can be modified to fire other ammunition.

Students and staff of the university locked themselves in rooms, and the university urged those who could leave the campus to do so. The state Tass news agency cited an unnamed source in the law enforcement as saying that some students jumped out of the windows of a building.

The number of wounded was uncertain — reports varied from six to 14 and it was not clear if any of those were injuries from jumping from the building.

Perm is about 1,100 kilometers (700 miles) east of Moscow, with a population of about 1 million. The university enrolls some 12,000 students.

There was no immediate information on the gunman’s identity or possible motivation.

In May, a gunman opened fire at a school in the city of Kazan, killing seven students and two teachers.