The tragic events of the past year – COVID, Meron, Givat Ze’ev, Surfside, Denver, to name the major ones – have lent a particularly compelling tone to the Yemei Hadin of 5782. Klal Yisrael is grappling for answers on how to address these unspeakable tragedies.

Against this backdrop the 27th annual Asifas Tehillim Ha’olami took place on Monday, 7 Tishrei/September 13, at the Bobover beis medrash on 48th Street and 15th Avenue in Boro Park. Thousands of children from dozens of New York-area yeshivos attended as did many Admorim, Roshei Yeshivah, Rabbanim and askanim.

The asifah, held each year during the Aseres Yemei Teshuvah, is held in order to arouse rachamei Shamayim for the numerous cholei Yisrael in our communities and concurrently acts as as a response to the many other unprecedented tragedies that have impacted Klal Yisrael over the last year.

The gathering, held each year during Aseres Yemei Teshuvah, is coordinated by Misaskim, noted for its outstanding record in providing support and assistance to those facing crisis or tragedy, R”l, with compassion and professionalism.

Although this writer has been attending this event for over a decade, the awe-inspiring view of a vast ocean of thousands of children davening for Klal Yisrael, their voices thundering in tefillah, never fails to arouse one’s emotions. It brought to mind our request in Selichos, “asei l’ma’an tinokos shel beis raban – act for the sake of the yeshivah children,” whose supplications carry special potency before Hashem.

Thousands of people around the world participated via satellite hookup, via the Kol Mevaser telephone line, or following the program online. There was live transmission to yeshivos, schools and other sites in numerous communities worldwide. Consequently tens of thousands of children were simultaneously petitioning the Ribono shel Olam to send refuos and yeshuos for the Jewish people. In previous years, the hookup has included Baltimore, Cleveland, Chicago, Dallas, Memphis, Milwaukee, Montreal and Toronto, as well as locations in the states of California, Connecticut, Indiana, Florida, Georgia, Massachusetts, Michigan, Minnesota, Missouri, Pennsylvania and Rhode Island. Globally, it has reached London, Manchester, Gateshead and locations in Holland, as well as in Mexico City and sites in Argentina, Chile, Colombia, Costa Rica, Panama and Venezuela.

As a result of the heartful tefillos that were recited at the Asifas Tehillim, and the abundant hisorrerus that was generated thereby, may Klal Yisrael merit a year of shalom, health, nachas, hatzlachah, and besuros tovos. 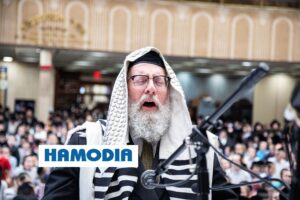 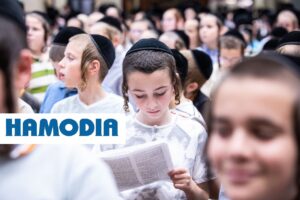 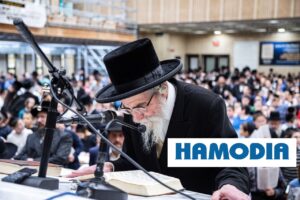 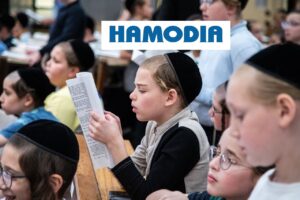 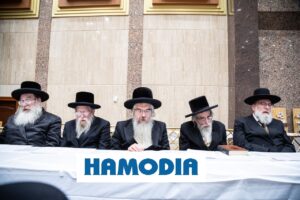 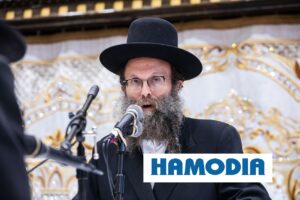 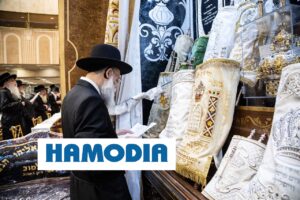