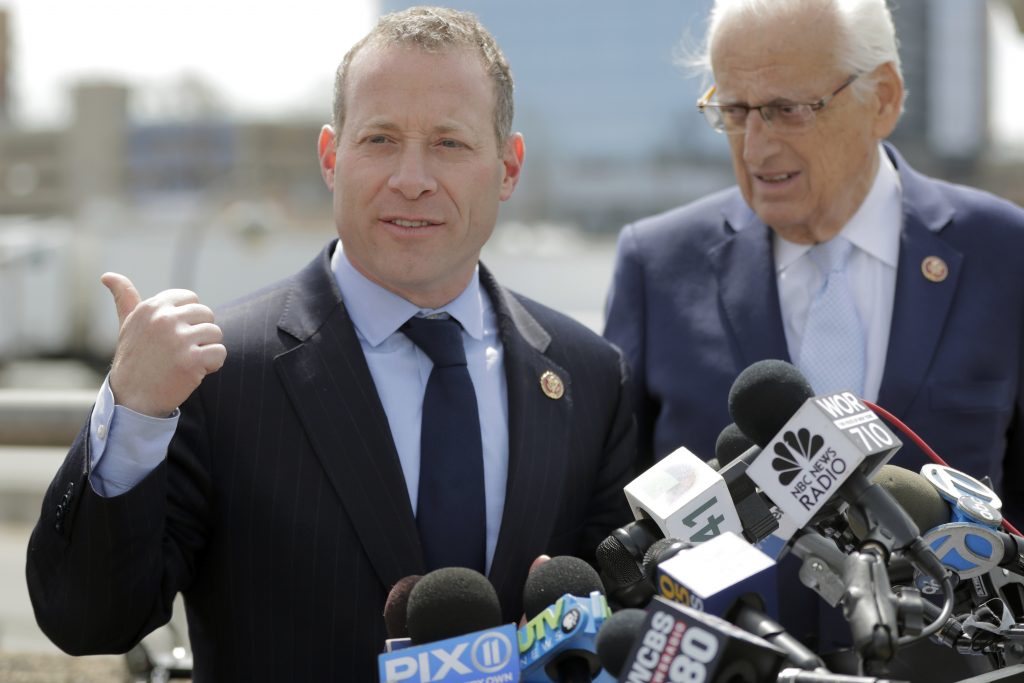 Tensions flared and spilled into early Tuesday as a band of moderate lawmakers threatened to withhold their votes for the $3.5 trillion plan. They were demanding the House first approve a $1 trillion package of road, power grid, broadband and other infrastructure projects that’s already passed the Senate.

Despite hours of negotiations at the Capitol, the House chamber came to a standstill and plans were thrown into flux late Monday, as leaders and lawmakers huddled privately to broker an agreement. Shortly after midnight, leaders announced no further votes would be taken until Tuesday’s session.

House Speaker Nancy Pelosi implored Democrats during a private caucus not to bog down and miss this chance to deliver on the promises Biden and the party have made to Americans.

“Right now, we have an opportunity to pass something so substantial for our country, so transformative we haven’t seen anything like it,” Pelosi said, according to a person who requested anonymity to disclose the private comments.
Pelosi told them it was “unfortunate” they were discussing the process when they should be debating the policy. “We cannot squander this majority and this Democratic White House by not passing what we need to do,” she said.

With Republicans fully opposed to the president’s big plans, the Democratic leaders were trying to engineer a way out of a potentially devastating standoff between the party’s moderate and progressive wings that risks Biden’s agenda.

Pelosi’s leadership sought to sidestep the issue by persuading lawmakers to take a procedural vote to simply start the process and save the policy fight for the months ahead, when they will be crafting and debating details within the full $3.5 trillion budget proposal.

One by one, powerful committee chairmen urged their colleagues to move forward.

“There’s a long way to go on legislative issues that are going to play out over the next month. But for the moment the argument here is about: Shall the House proceed,” said Rep. Richard Neal, D-Mass., the chairman of the Ways and Means Committee.

But it soon became clear that moderates were not on board and as soon as one meeting broke, a series of other private sessions were convened with them for further discussion, including in Pelosi’s office. At one point, bags of takeout food were delivered nearby. What had been a night of scheduled votes came to an unexpected standstill.

Challenging their party’s most powerful leaders, nine moderate Democrats signed onto a letter late last week raising their objections to pushing ahead with Biden’s broader infrastructure proposal without first considering the smaller public works plan that has already passed the Senate. Other moderates raised similar concerns in recent days.

In the narrowly divided House, every vote matters and a few dissenters could conceivably end the Democratic majority’s hopes for passing any proposal.

With most of Biden’s domestic agenda at stake, it’s unimaginable that Pelosi, D-Calif., would allow an embarrassing defeat. That’s especially true because the package is stocked with priorities like child care, paid family leave and a Medicare expansion that are hard-fought party goals. It also comes as the president is already under criticism over his handling of the U.S. withdrawal from Afghanistan.

The $3.5 trillion budget resolution will set the stage this fall for further legislation to fill in that blueprint, and committees are already fast at work drafting how that money would be spent on the social safety net, environment and other programs over the next decade.

The budget measure is at the heart of Biden’s “Build Back Better” vision for helping families and combating climate change and is progressives’ top priority, all of it largely financed with tax increases on the rich and big business.

Progressives signaled early on they wanted the Biden budget priorities first before they agree to the smaller package, worried it would be an insufficient down-payment on his goals.

But the moderates want the opposite, insisting Congress quickly send the smaller, bipartisan infrastructure measure to Biden so he can sign it before the political winds shift. That would nail down a victory they could point to in their reelection campaigns next year.

“The House can’t afford to wait months or do anything to risk passing” the infrastructure bill, Rep. Josh Gottheimer, D-N.J., said late last week. He’s a leader of the nine moderate mavericks who each released statements reaffirming a desire that the infrastructure vote come first.

So far, the White House has backed Pelosi as she led her party in a tightly scripted strategy that aims to keep moderate and progressive lawmakers on board, setting a goal of passing both bills by Oct. 1.