Israel Netanyahu: Were It Not for Bennett’s Failure, Lockdown Could Be Avoided
CoronavirusIsrael 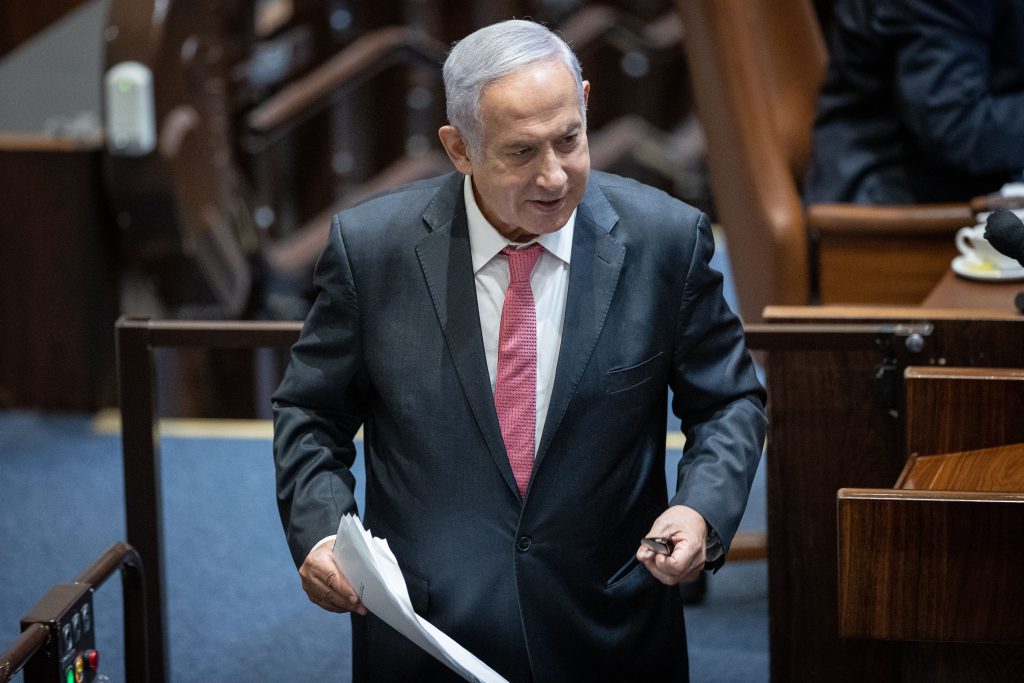 Opposition leader Binyamin Netanyahu harshly criticized Prime Minister Naftali Bennett Thursday for what he called Bennett’s mishandling the coronavirus pandemic, which Netanyahu said had resulted in an infection outbreak “that could have been avoided.”

His remarks came as daily coronavirus cases in Israel reached over 3,000 and the government tightened restrictions and mulled instating a national lockdown in September, ahead of the chagim.

“Unfortunately, Bennett is leading us to a lockdown because he wastes precious time waiting for the third vaccine doses to arrive,” Netanyahu said, referring to the third vaccine campaign the government launched last week to vaccinate Israelis over the age of 60.

“Bennett failed to bring the millions of vaccine doses the government I headed had already ordered and paid for months ago. We knew already back then that the effectiveness of the second vaccine would decrease over time, and that is why we ordered more doses for the third jab,” Netanyahu said.

The former prime minister did not spare words for Foreign Minister Yair Lapid and Finance Minister Avigdor Liberman, either.

“The most absurd thing is that the current government is blaming us, the public, while Lapid and Liberman didn’t even bother showing up at the Coronavirus Cabinet meetings. They are running away from responsibility,” Netanyahu said.

Many have criticized the foreign and finance ministers for not attending any of the ministerial committee’s meetings on Israel’s coronavirus response since the new government was formed in June.

Lapid claimed his position as foreign minister, as well as Alternate Prime Minister, was not directly linked to coronavirus policy, and Liberman said he needed to focus on passing a state budget and sent another minister in his place.

“In our government,” Netanyahu said, “Finance Minister [Yisrael] Katz, Foreign Minister [Gabi] Ashkenazi, and I attended every coronavirus meeting, around the clock, into the night.

“We handed Bennett a country in the best condition in the world, in terms of the coronavirus, with almost zero new cases a day. Now, there are 3,000 new cases daily. Instead of arguing over government positions and raising unnecessary taxes on the public, maybe you should start fighting the coronavirus?” he concluded.